How Plants (and People) Can Save the Planet

Children deserve the world. But it’s up to us to make a world worthy of them.

As the impacts of climate change are already being felt, it’s time for us to take action and do all we can to ensure a better future for ourselves and for generations to come.

At the Danforth Center, we believe plant science can lead us toward that better future. By bringing together great minds, cutting-edge tools, and supporters who share our vision and determination, we are working to find ways to combat climate change and forge a new path toward a more sustainable world.

Case in point: our work to harness the power of plants to reduce the need for a major polluter of our natural environment—nitrogen fertilizer. 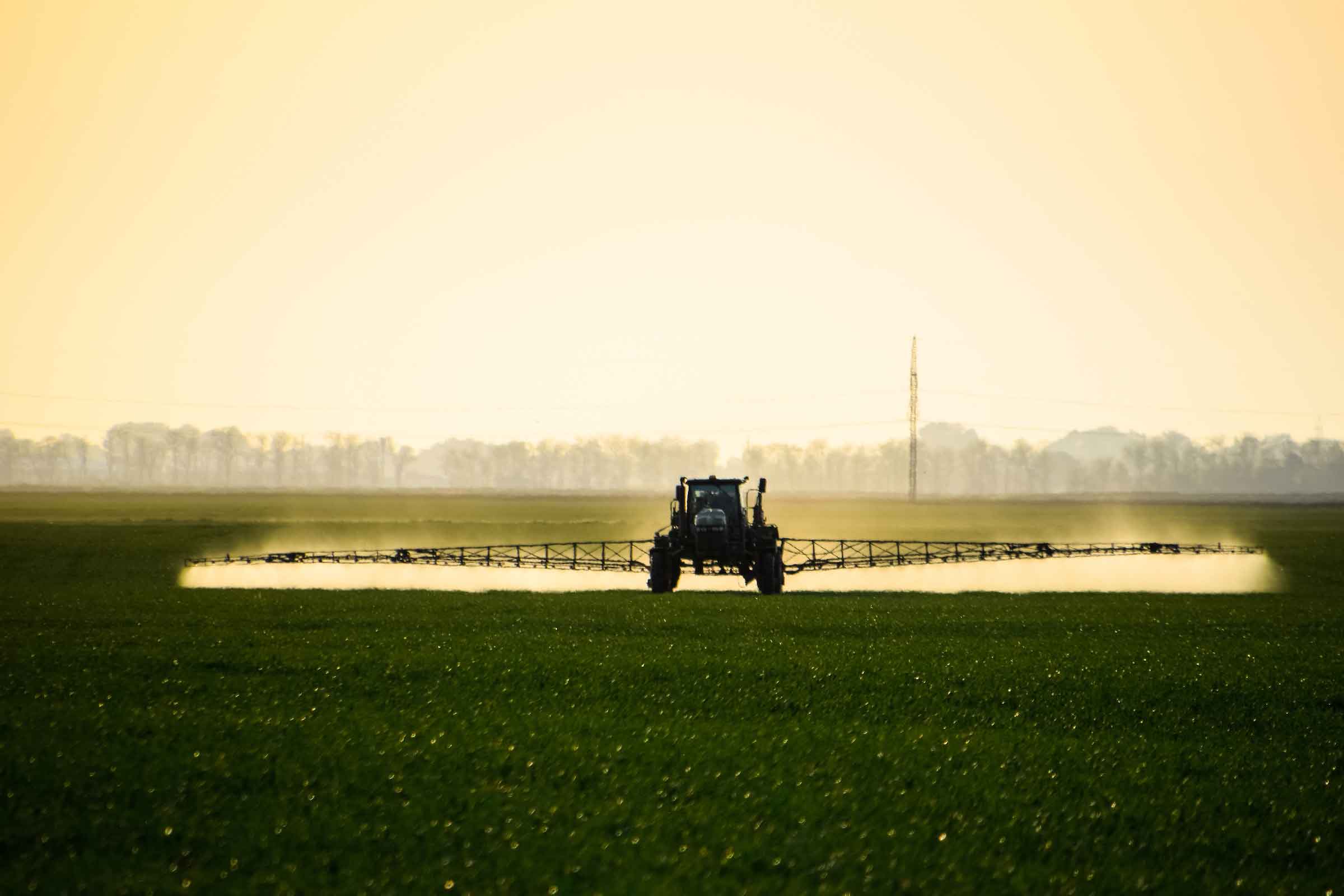 Fertilizer being applied to a field of crops. Farmers have an important role to play in battling climate change. Currently, in the US alone, they apply 22M tons of synthetic nitrogen fertilizer each year. Improved crops that require fewer inputs would save farmers time and money—while benefiting the Earth.

Like air, food, and water, nitrogen is essential for all life on Earth—which of course, includes plants. But plants can’t obtain nitrogen by themselves. They require the help of soil microbes to convert nitrogen from the air into a form they can use. To speed up the process, and produce enough food to feed our planet, it’s standard for farmers to apply synthetic nitrogen fertilizer to their crops—a lengthy, costly, and harmful practice.

When it was first introduced, nitrogen fertilizer was an agricultural game changer. Its application to the shorter, sturdier bred plants of the “Green Revolution” in the mid-20th century helped produce the higher yields needed to feed a growing population. But today, that fertilizer has created unintended consequences for our environment.

After application to fields, excess nitrogen runs off into waterways—where it has created “dead zones” in the Gulf of Mexico and elsewhere. Fields applied with nitrogen fertilizer also emit nitrous oxide, a greenhouse gas nearly 300 times more potent than carbon dioxide.

To ensure a healthy planet, we need a new revolution—an evergreen one—to feed the world sustainably. That’s where the Danforth Center comes in. 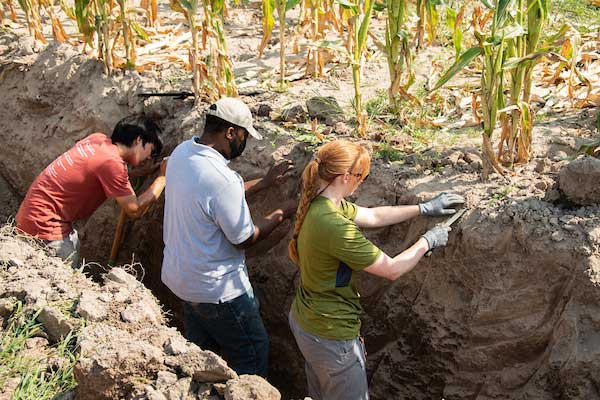 Observing root performance as part of SINC Center research. This new center of excellence seeks to improve plants’ nitrogen uptake and use efficiency to diminish the need for synthetic fertilizer.

A Center of Excellence

Last year, the Danforth Center announced the launch of the Subterranean Influences on Nitrogen and Carbon (SINC) Center. It’s mission? To decrease the use of nitrogen fertilizer without decreasing crop yield.

Under the leadership of Principal Investigator Becky Bart, PhD, the scientists behind this center of excellence aim to improve plants’ use of atmospheric nitrogen, thus diminishing the need for fertilizer and improving the health of our planet. How will they do this? By unlocking the secrets of the plant-microbe-environment interaction. 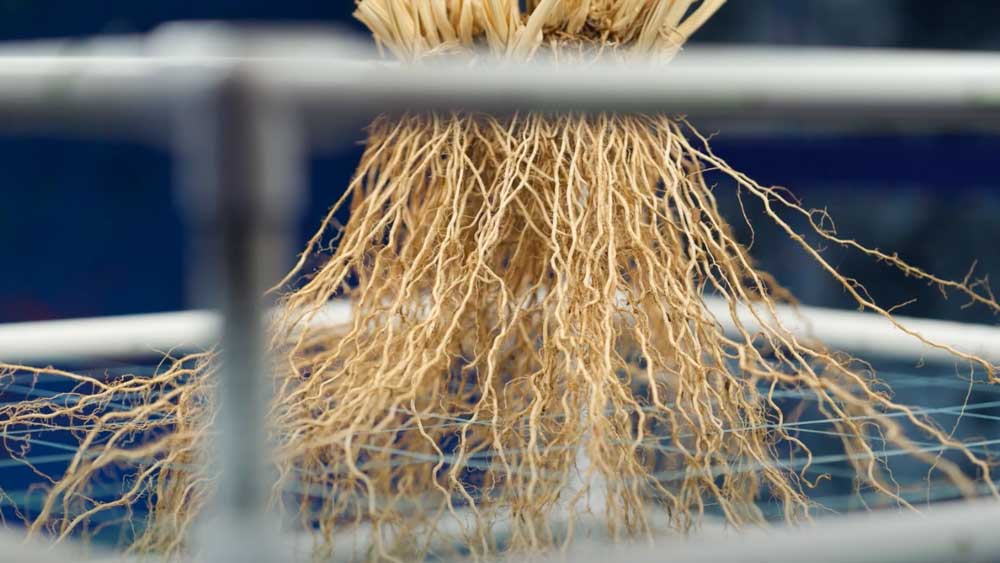 Getting a Closer Look

Plants and microbes have an important, symbiotic relationship; along with converting nitrogen, microbes also promote nitrogen cycling, uptake of nutrients, and general plant health. But the mechanics behind their interaction is poorly understood. SINC Center scientists aim to shed light on this complicated process.

Using cross-disciplinary approaches and state-of-the-art technology at the Danforth Center, the SINC team will make new discoveries about the way plants and microbes work together. The knowledge they gain will lead them to develop improved varieties of crops with better nitrogen uptake and use efficiency, and ultimately help them achieve their goal of reducing chemical nitrogen fertilizer in the U.S. by 12%—equivalent to taking 10 million cars off the road.

Climate change is the biggest grand challenge facing our generation. The SINC Center is an opportunity to take science, apply it to a problem, and create real solutions.

Empowering the Leaders of Tomorrow

The SINC Center is just one example of how our Center, our partners, and our supporters are helping create a better future. Together, we’ve accomplished remarkable things, but our work is far from over and we need more bright minds to tackle the challenges we face. 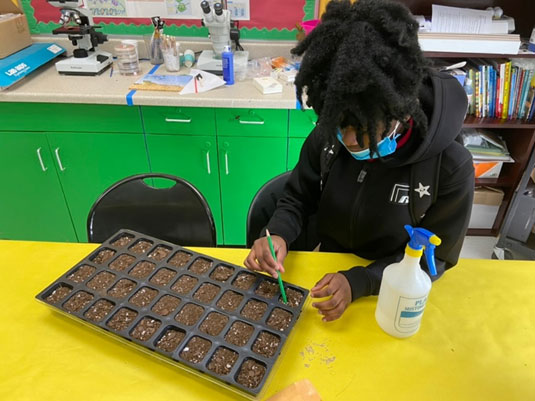 A JJK FAN student engaging in a hands-on STEM educational experience. The Danforth Center’s regional education programs are made possible by our supporters. Help inspire the next generation of plant scientists by donating to the Grow Challenge today.

Through unique, hands-on educational programs at JJK FAN, we will help empower the scientific leaders of tomorrow—introducing our region’s youth to plant science, nutrition, sustainable farming, and more. Using a unique STEAM+Ag curriculum developed by the Danforth Center Education, Research, and Outreach Lab, we strive to provide the tools they need to reach their full potential.

Join Us in Building a Brighter Future

SINC was made possible with a founding gift from Phil and Sima Needleman and with support from Bank of America.