"Plants are underrated. We take them for granted. It’s more than just pretty flower gardens and yards. Our very survival depends on plants."

Down on the Farm

Growing up in the shadow of Finger Lakes Racetrack in upstate New York, Kirk Czymmek, PhD, learned a bit about horses, mostly what they eat.

The family grew cash crops, including alfalfa, timothy, and high-quality hay for the race horses. “As the middle child of seven on the farm, I was a laborer.” It was hot, hard work, but the free-range childhood inspired the young boy’s interest in science. Today, he has a PhD in plant pathology and is the director of the Danforth Center Advanced Bioimaging Laboratory.

Knowing the Unknown, Seeing the Invisible

He remembers the exact moment he became interested in microscopes. “As an undergrad, I had an enthusiastic mentor who introduced me to microscopy. I was looking at these little cells growing at a very fast rate across the field-of-view through the microscope. They were filamentous fungi. You can actually see them growing, dividing and sporulating. The excitement of seeing the invisible struck me, and I knew this work could have significant impact on health and nutrition.”

Today, Kirk is an internationally renowned expert in bioimaging with 30 years’ experience and over 100 publications. He is proud of his role in discovering a new imaging approach to follow subcellular calcium signaling in filamentous fungi—a world first. His research today focuses on small microbes that cause disease in both humans and plants. And he is dedicated to his role at the Danforth Center, partnering with numerous colleagues to help advance their research as well. 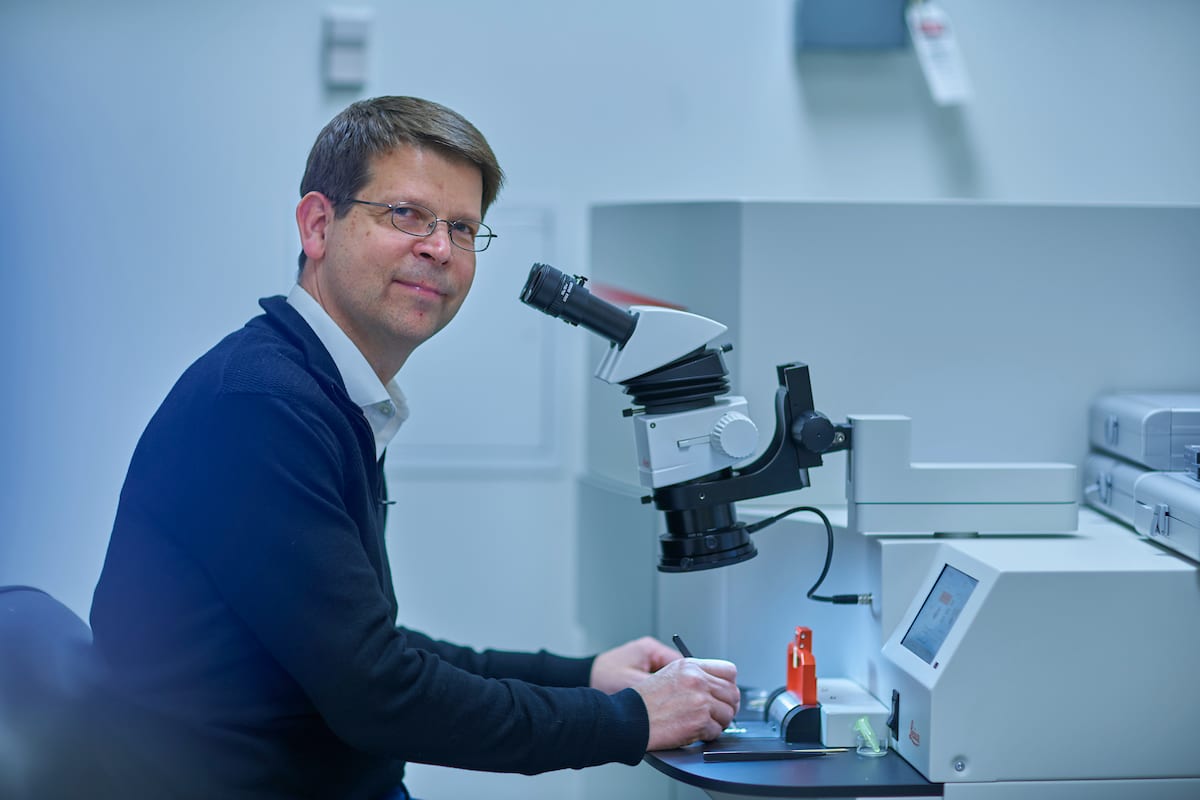 Today’s Advanced Bioimaging Lab is a far cry from the microscopy facilities of yore. Confocal microscopes are now generation 9. They are compact, but powerful, and allow researchers to look inside thick tissues and make revealing 3D perspectives. It’s kind of like an MRI scan, but at the cell or tissue level. The facility is adding new tech all the time, such as our recent addition of a highly automated 3D macro microsope that will really allow us to perform high-throughput live plant microscopy studies. Kirk adds: “Ultimately, our goal is to have the world’s best imaging capacity for plant research and become a center of collaboration far beyond the Danforth Center.” 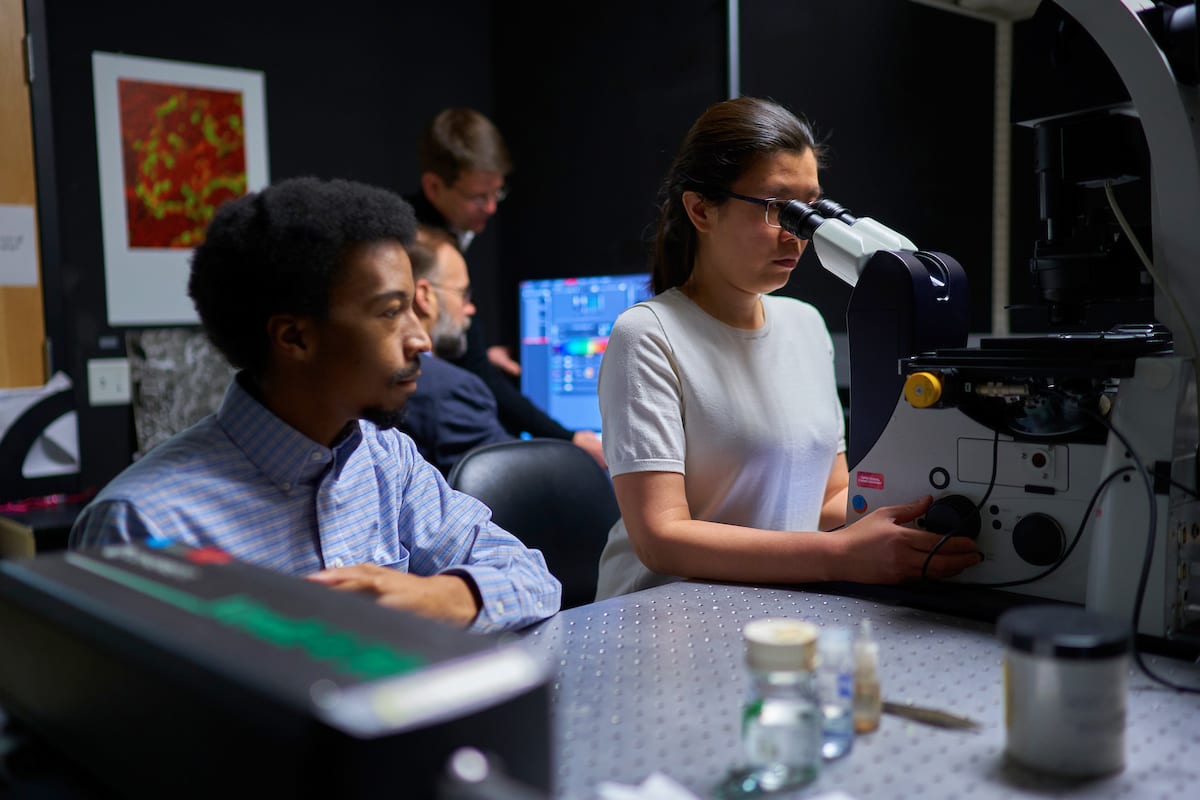 Why He Gets Up in the Morning

“As the world’s warming continues, plants will likely be more stressed and more vulnerable. Under higher humidity and warmer environmental conditions, fungi and other pathogens will thrive and diseases once limited to the tropics will continue to spread. Danforth Center PIs are working to develop disease resistance in important plants - figuring out how to grow more food in challenging conditions. We need more productivity to feed the world. Advanced bioimaging will help.”

He adds: “The Danforth Center is a special place with a special mission. I get up every morning excited to do work that will benefit humanity.” 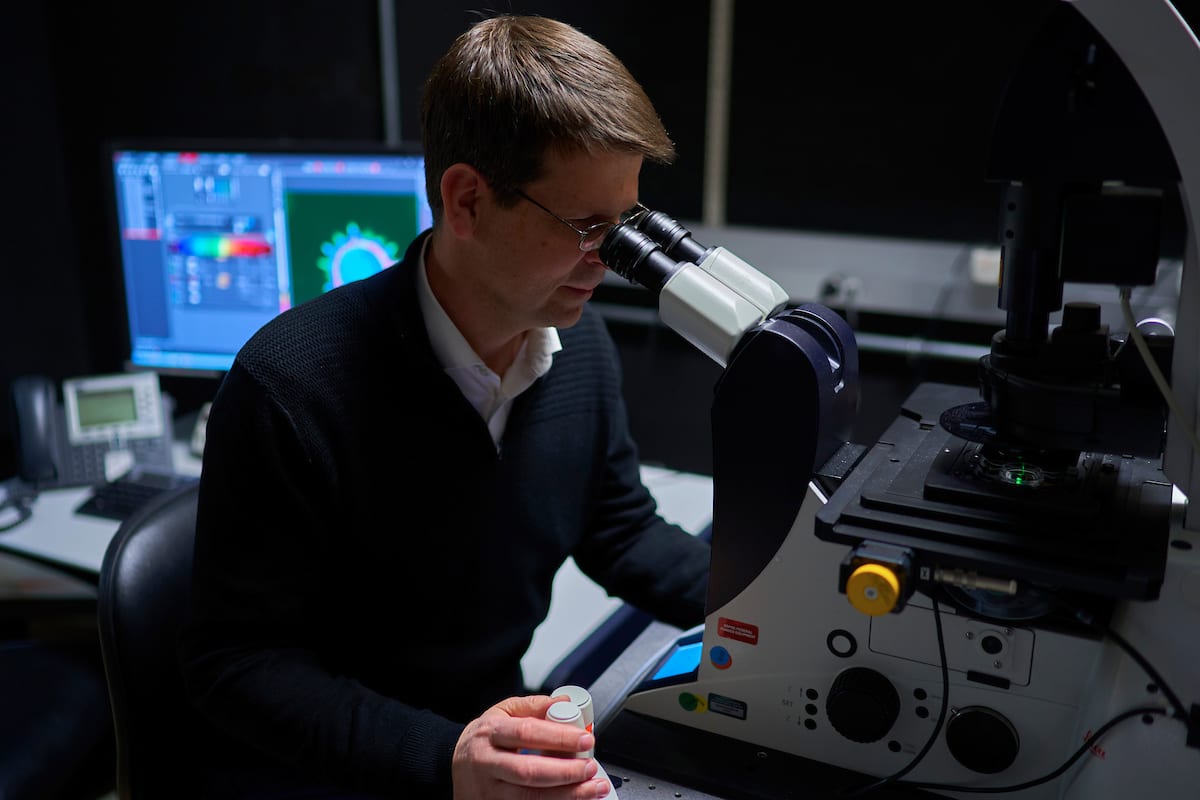 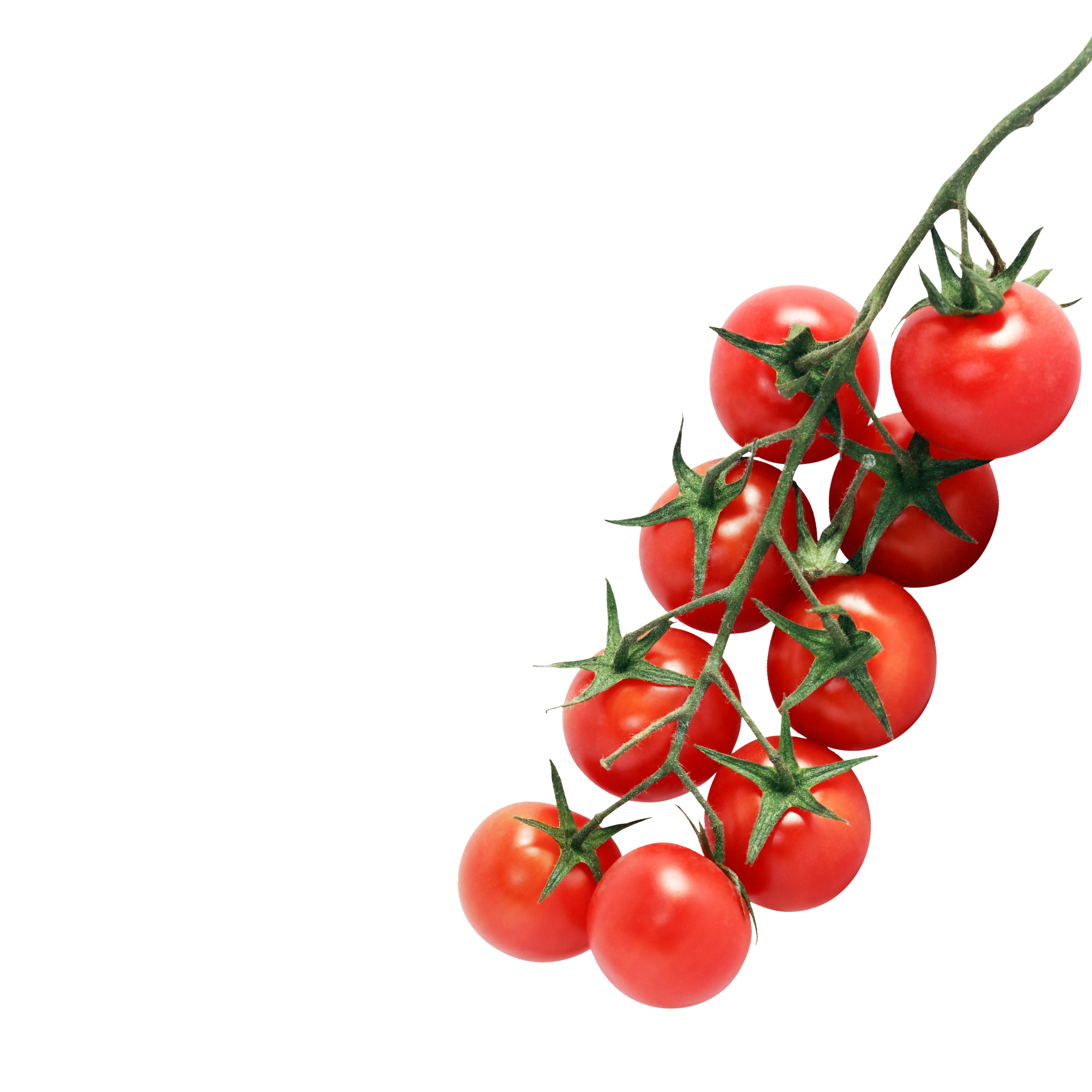 "I didn’t appreciate gardening as a kid when it was a chore. But the first thing I did when we moved to St. Louis was throw in a tomato patch. I love fresh homegrown tomatoes."

"I went to state qualifiers for New York in the 400-meter sprint."

"I didn’t appreciate gardening as a kid when it was a chore. But the first thing I did when we moved to St. Louis was throw in a tomato patch. I love fresh homegrown tomatoes."

"I went to state qualifiers for New York in the 400-meter sprint."

Get in touch with Kirk Czymmek

The Czymmek laboratory uses advanced imaging approaches to understand the inner workings of plants, microbes, their interactions with each other and the environment. 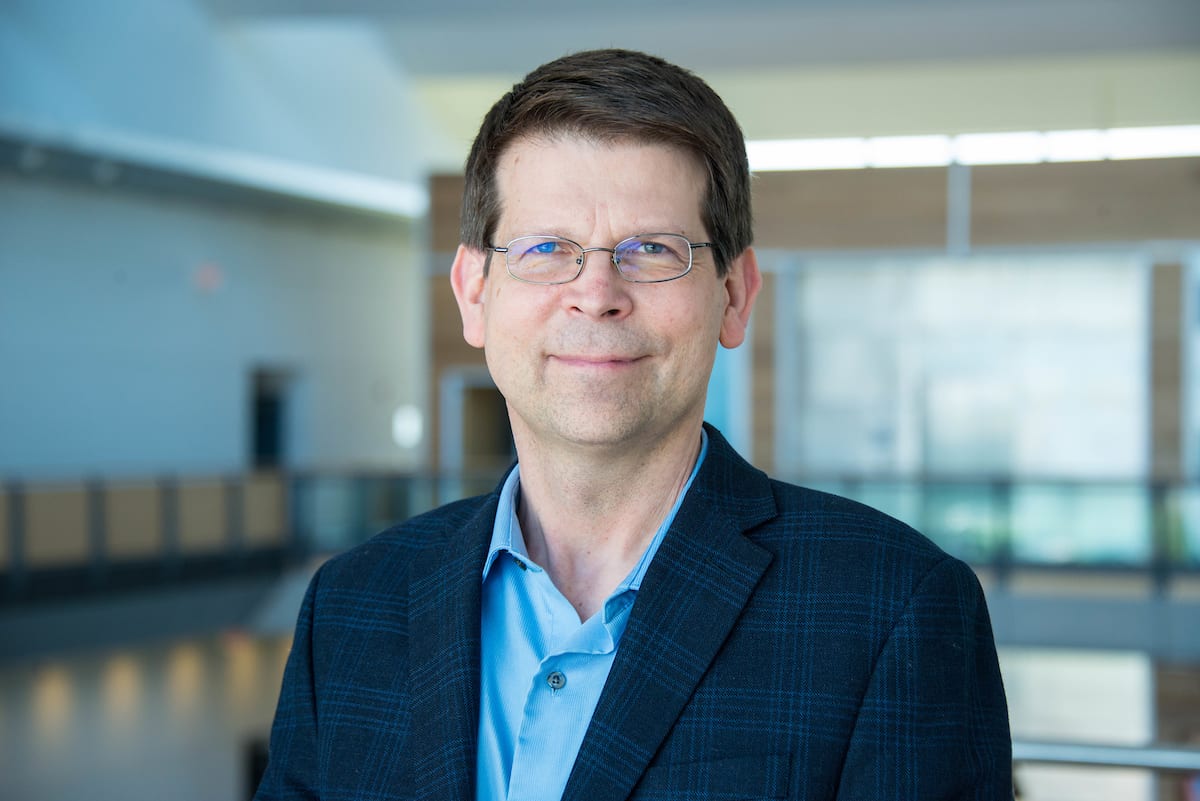 My lab is interested in using contemporary molecular cytology, preparation and imaging technologies to understand aspects of plant-microbe interactions and fungal cell biology, with special emphasis on fungal-plant pathogenic interactions and the mechanisms of fungal hyphal tip growth. Our model systems include the rice pathogen Magnaporthe oryzae, which is the causal agent of rice blast disease and is of worldwide economic importance, and Fusarium spp., including Fusarium oxysporum, which is the causal agent of vascular wilt-disease in over 100 crop species and a cross-kingdom pathogen. My lab utilizes fluorescent protein based probes and biosensors to understand the mechanism of hyphal tip growth and plant-fungal interactions. Using these approaches, we have been able to track fungal pathogenesis from sporulation, tissue invasion and plant death over many days.

Additionally, we are dissecting various Ca2+ signaling pathways in fungi using the genetically encoded calcium indicators Chameleon and GCaMP5. Ca2+ is probably the most versatile secondary messenger and regulates a plethora of cellular and developmental processes in unicellular microbes, animals, and plants. Extracellular stimuli create specific spatial and temporal distribution patterns of cytoplasmic Ca2+, commonly known as the Ca2+ signature, via influxes and effluxes of Ca2+ to and from the extracellular environment and internal Ca2+ stores through the action of ion channels, pumps, and transporters on plasma and organellar membranes. We are working to understand the mechanism underpinning Ca2+ signaling, studying how Ca2+ signatures form in response to different stimuli in fungi. Ultimately, our goal is to combine advanced imaging methodologies along with the latest molecular and genomics tool to provide new insights into microbe interactions with plants and their environment to understand the disease-state and promote plant health. 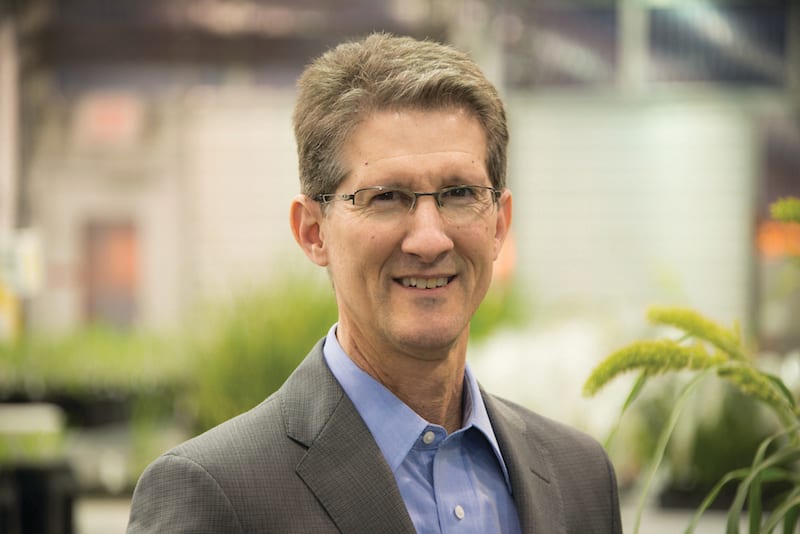 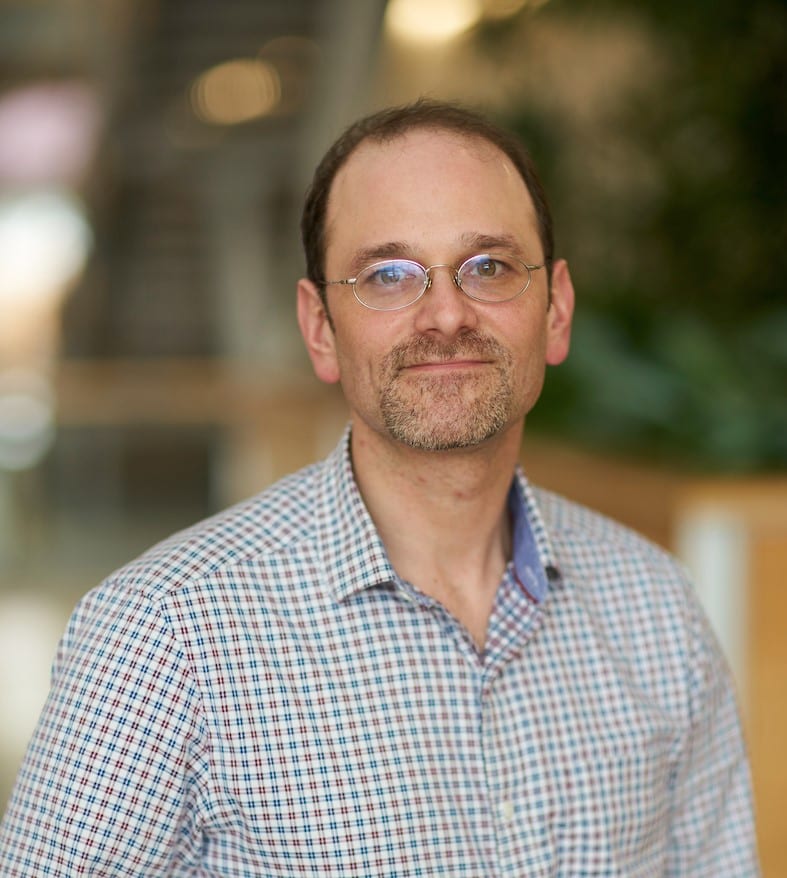