It all started with pigweed. Palmer’s pigweed, to be exact.

Amaranthus palmeri is an aggressive weed that grows in corn, cotton, and soybean fields, outcompeting the crops for water and nutrients, and causing losses of up to 90 percent. This noxious aggressor was kept at bay for several decades by the application of the herbicide Roundup. But about 10 years ago, it began developing resistance. Scientists in the Slotkin Lab were curious.

“Nature has always inspired humans to find innovative solutions,” says Diego Cuerda-Gil, graduate student and member of Team Jumping Gene from the Slotkin Lab. “We found our natural inspiration in an unlikely place.”

Their pitch? They planned to develop an entirely new method of improving crops, one modeled on nature, harnessing the plant’s natural ability to duplicate regions of its own genome. They had learned from the pigweed. 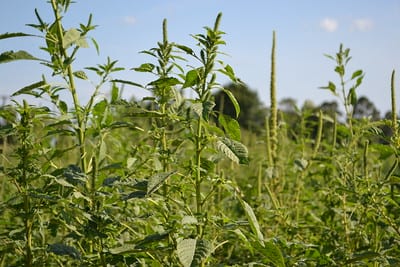 In 2008, farmers in Missouri reported pigweed growing in their fields that had not responded to Roundup. How did this happen?

The pigweed was selectively increasing copies of a single gene, a gene that was already there. The Team proposed to do the same. “Just as the pigweed made copies of a gene to fight Roundup, we could make copies of whatever gene we want in crops,” says Meredith Sigman, graduate student and member of Team Jumping Gene. 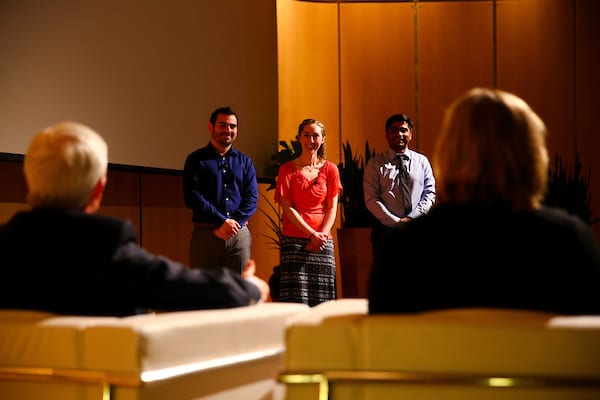 The team knew that the cutting-edge genetic tool CRISPR-Cas9 would allow them to target the gene or genes they were looking for, but how to make the copies? They realized that the enzyme transposase acts as a kind of internal Xerox machine to copy and paste the desired gene, so perhaps if they used these tools together... The resulting crop would be subgenic as opposed to transgenic. There would be no movement of DNA from one organism to another; there would only be duplication of an existing gene.

“When nature does it, it’s exactly the same,” says Keith Slotkin, PhD, Danforth Center principal investigator and professor at the University of Missouri. With this technique, scientists should be able to achieve results like increased vitamin A production, or greater drought-tolerance, by making more copies of the genes involved.

Jumping Gene Gets a Jumpstart

Less than one month after their presentation last March, the Slotkin Lab was in talks with industry. Some aspects of the technology proposed by the Big Ideas winning team led to a two-year collaboration with Bayer Crop Science.

In September, the Slotkin Lab hired postdoctoral researcher Peng Liu, PhD, a plant molecular biologist from the University of Florida, to focus full-time on the project. The team had their first checkpoint meeting with Bayer in late January.

“This new technique may offer a better way— perhaps a less controversial way—to develop the crop improvements we need to feed the world," says Slotkin. 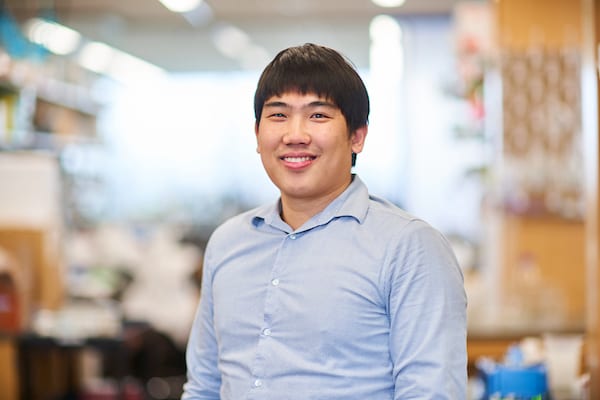 Learn More About the Slotkin Lab