The Power of Prairies

Before the Midwest was predominantly covered in corn, soybean, and sorghum fields, it was dominated by tallgrass prairie. Historically, prairies covered 170 million acres of North America, making it the continent’s largest continuous ecosystem1. “Prior to European settlement, you would have seen a wave-like expanse of grasses. For starters, it would have been a gorgeous view,” explains Elizabeth Kellogg, PhD, Member and Robert E. King Distinguished Investigator.

Elizabeth explains that tallgrass prairies are responsible for the fertile soil that is vital to modern day farming in the Midwest. With their immensely deep root system, prairie grasses pull carbon out of the air and store it below ground, feeding microorganisms in the soil. As the roots of prairie grasses continue to grow, the microorganisms breakdown and produce extremely rich soil. During the Westward movement of European settlers, the prairies that once covered the Midwest were plowed to make use of the rich soil for farming. The rich prairie soil helped build the foundation for our agriculture system that still feeds us today.

The Most Important Grasses on Earth

“Prairies reward a closer look. You can make many discoveries by being there with your eyes open,” says Elizabeth. Her work at the Center requires a fascination with prairies, as she has focused her entire career on the grass family, the dominant plants in the prairies. They are some of the most important grasses on Earth. “My research involves identifying the genes and genetic changes that make the prairie grass family so diverse,” she explains. Elizabeth’s research centers on prairie grasses, but their findings can also be extrapolated directly to improving modern day corn and sorghum. 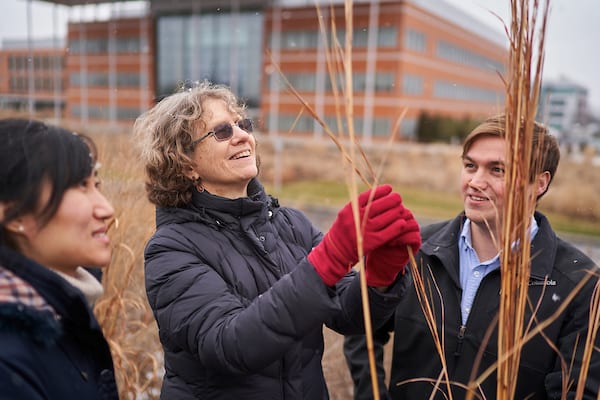 Creating a Prairie Habitat at the Danforth Center

In 2016, the Danforth Center wanted to bring this important habitat to our own building. We replaced the lawn surrounding our building with a reconstructed Missouri prairie habitat to reflect the pillar of our mission that is dedicated to preserving and renewing the environment. Six acres of reconstructed Missouri prairie were planted, including more than 75 species of native tall grasses and forbs. The prairie restoration reduces our carbon footprint, while increasing biodiversity and contributing to a resurgence of pollinators, birds, and other wildlife.

When it came time to create a planting plan for the prairie, Elizabeth made suggestions for certain species. She specifically advocated for some of the tall grasses that her lab uses in their research, such as big bluestem and indiangrass. 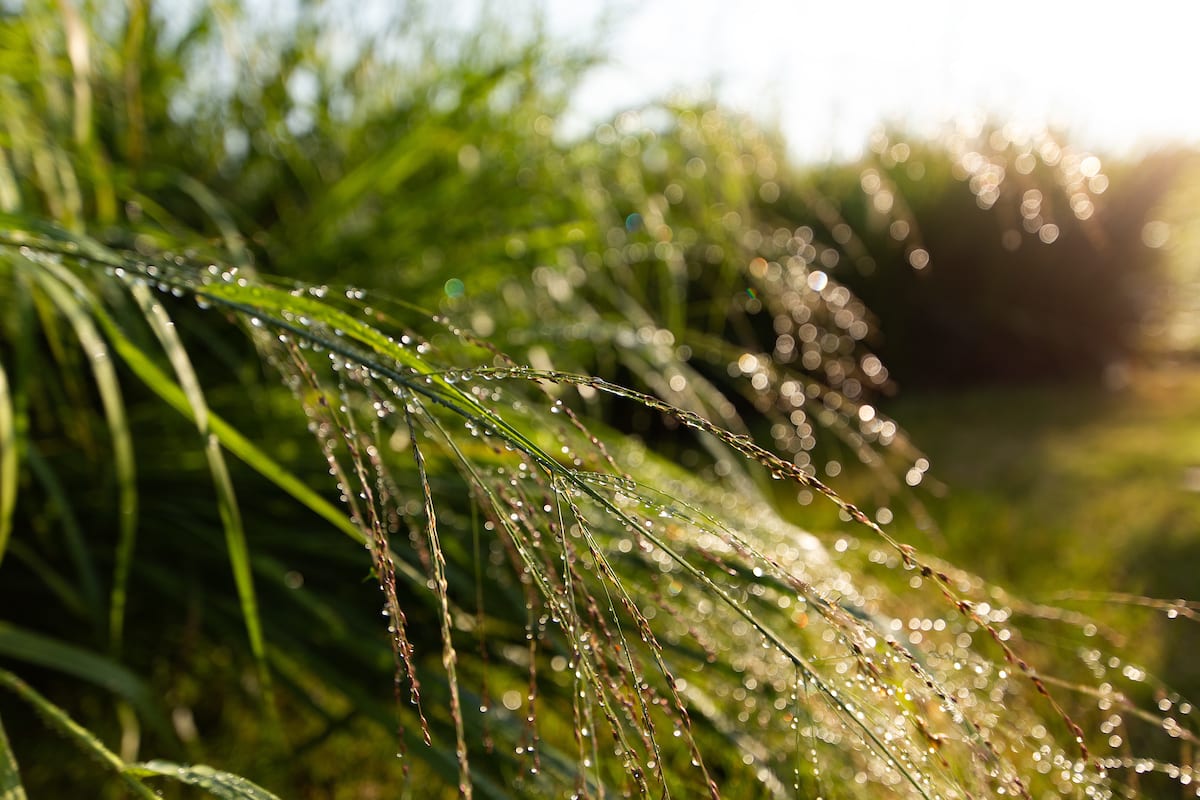 Though prairies were once ubiquitous with the Midwest, they are harder to find these days: “Today, the most fertile and well-watered region, the tallgrass prairie, has been reduced to but 1% of its original area. This makes it one of the rarest and most endangered ecosystems in the world,” according to the National Park Service. Some of Elizabeth’s favorite local public prairies to visit are at the Shaw Nature Reserve, Cuivre River State Park, and even a tiny restored patch in Stacy Park. The Missouri Prairie Foundation also has a map of prairies that are open to the public.

When it becomes safe to visit the Danforth Center, visitors are welcome to explore our prairie and participate in our self-guided prairie tour.