The Power of Pollinators

Did you know that 84% of all commercially grown crops are insect-pollinated(1)? Each year, up to $577 billion worth of global agricultural productivity is dependent on pollinators(1). It’s easy to see that insect pollinators are an essential part of food productivity and nutritional security - yet they are declining rapidly across the world.

Insect Pollinator Diversity of Our Prairie

Last year, Bala P. Venkata, PhD, Senior Research Scientist, and Entomologist at the Danforth Plant Science Center, began documenting the insect pollinator diversity of the Danforth Center prairie. “I am passionate about conserving insect biodiversity. I want to understand how native plant restoration and conservation in urban centers, like St. Louis and the surrounding suburbs, can function as a refuge to pollinators and help preserve insect biodiversity,” says Bala. His goal was to use a non-destructive inventory of species approach to document insect pollinator diversity of the Danforth prairie.

Bala and his teammates, Rob Polzin and Jacob Shoemake, identified forty percent of the common butterfly and moth species of Missouri in our prairie, in addition to bees, wasps, flies, and other insects. “This is impressive for an urban prairie patch, and a testimony to the success of this restoration effort,” Bala explains. The team surveyed the insects of the prairie garden at a weekly interval for four weeks using butterfly nets. The captured insects were ID’d by key identifiers, following the Missouri Department of Conservation field guide(2). 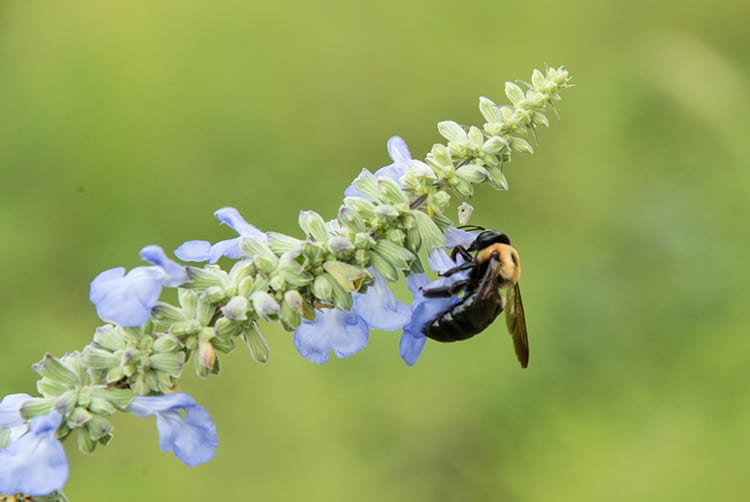 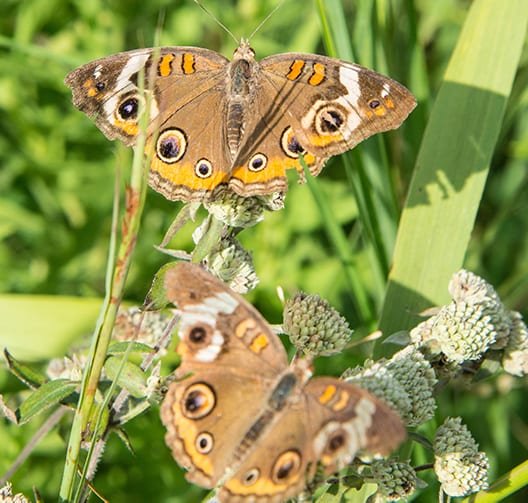 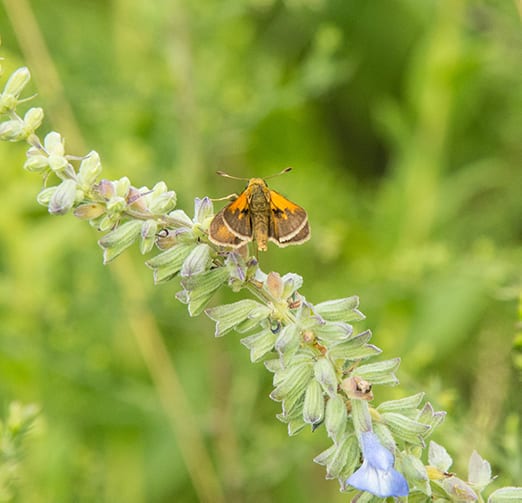 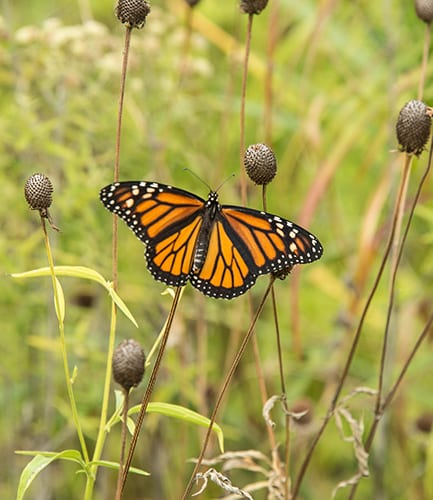 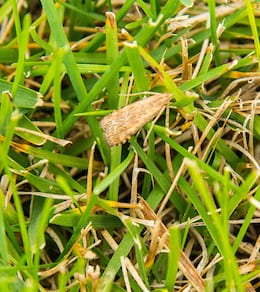 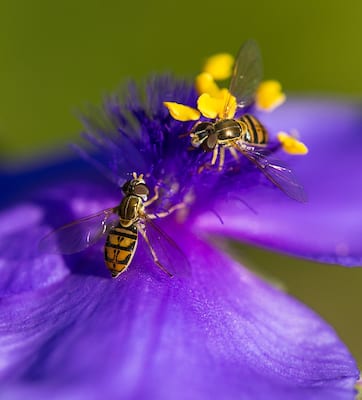 In the future, Bala wants to continue documenting the insect biodiversity in our prairie and hopes to get more people involved. He has been discussing the potential for turning the prairie project into a citizen science activity in collaboration with our Education Research Lab, where participants can identify and document pollinators in their own communities. “I want to help educate more people to take an interest in the insects that are in their immediate surroundings,” says Bala. To evolve this into a long-term pollinator data collection effort and collaborate with the existing citizen science efforts like the Monarch Joint Venture (3), and Shutterbee (4) projects, to help improve conservation practices.

He would also like to help improve the urban spread of prairie gardens throughout our 39 North innovation district. “Right now, the Danforth Center prairie is a fragmented oasis. If we were to create more pollinator habitats throughout 39 North, we could help prevent inbreeding and increase insect biodiversity,” explains Bala.

While COVID-19 has had devastating impacts across the world, it also resulted in putting insect-harming practices on hold. This could have a positive effect on insect pollinators. When it becomes safe to return to the Center, Bala, Rob, and Jacob plan to research whether there is even more diversity of pollinators in our prairie.