Blake Meyers Elected to the National Academy of Sciences

Dr. Blake Meyers, Principal Investigator and Member, Donald Danforth Plant Science Center, and Professor, University of Missouri-Columbia, was elected as a member of the U.S. National Academy of Sciences. New Academy members comprising the 2022 class were announced today during the Annual Meeting of the Academy in Washington, D.C. Election as an Academy member is recognition of career-long, pioneering contributions to scientific research and leadership, and is one of the highest honors bestowed to U.S. scientists. 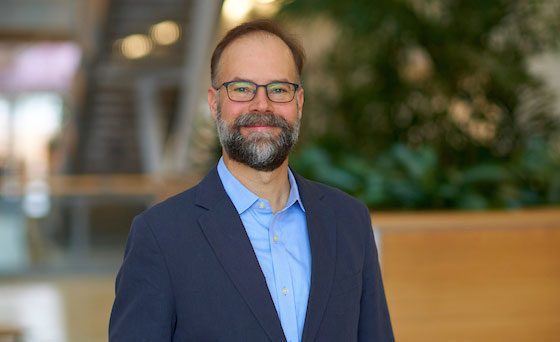 Meyers led development and application of high-throughput DNA sequencing technologies to make fundamental discoveries about the biology of plants, including mechanisms of disease resistance, function and regulation of genomes, epigenetic mechanisms and regulatory RNA. His early work to develop publicly accessible database resources enabled fundamental and applied discoveries broadly across the plant sciences research community. Meyers’ vast contributions have led to understanding of plant growth and development, including novel mechanisms controlling pollen formation and plant reproduction. His research has had wide application to crop improvement, including development of new technologies for breeding hybrid crops.

“Election to the National Academy is a reflection of stellar research and impactful discoveries by Blake and his team over several decades,” said Dr. Jim Carrington, President and CEO of the Danforth Plant Science Center. “It’s also a reflection of Blake’s outstanding leadership and service within the plant science community. He is most deserving of this high honor.”

With over 260 published research articles that have been cited nearly 30,000 times, Meyers is a prolific scientific author and among the most highly cited plant scientists. Among his many leadership contributions, Meyers currently serves as Editor-in-Chief for The Plant Cell, a leading journal in the field.