"All human society is based on plants."

As a child growing up in communist central China, Sam Wang, along with the 300 people in his village, worked on the communal farm.

“There was no family farming,” he says. “You didn’t grow for yourself, but for the state.” All year round, they would grow wheat and cotton on the shared land, and all of the work had to be done by hand. “As a child, in my spare time, all summer you went to the field and worked,” he says.

At 16 years old, when Sam graduated from high school, college was not an option for him: China had ended its National College Entrance Examination (the “gaokao”). Instead, for two and a half years, Sam worked as a shipmate on the Yangtze River. “It was a lot of fun,” he says. “I got to see other cities.”

In 1977, China reintroduced the gaokao, and millions took it in the hopes of attending a university.  In the end, fewer than 300,000 students were accepted. Sam was one of them. “In China at that time, during the reform, I was the first class to re-enter university. After the test, they told me where to go—they assigned me to an agricultural university.”

That University was Huazhong Agricultural University in Wuhan. Although it was not too far away from where he lived, it took him “all day” to get there, as he had to travel upstream in a boat. There at Huazhong, Sam developed his passion for plants. “I saw how important plants are for humans… I wanted to know how plants perform, how to get better production.”

After spending a dozen years as biochemistry faculty at Kansas State University, Sam was attracted to his current role by the opportunity to focus on plant research and education. He is today a principal investigator, member, at the Danforth Center and the E. Desmond Lee Professor in Biology at the University of Missouri – St Louis. 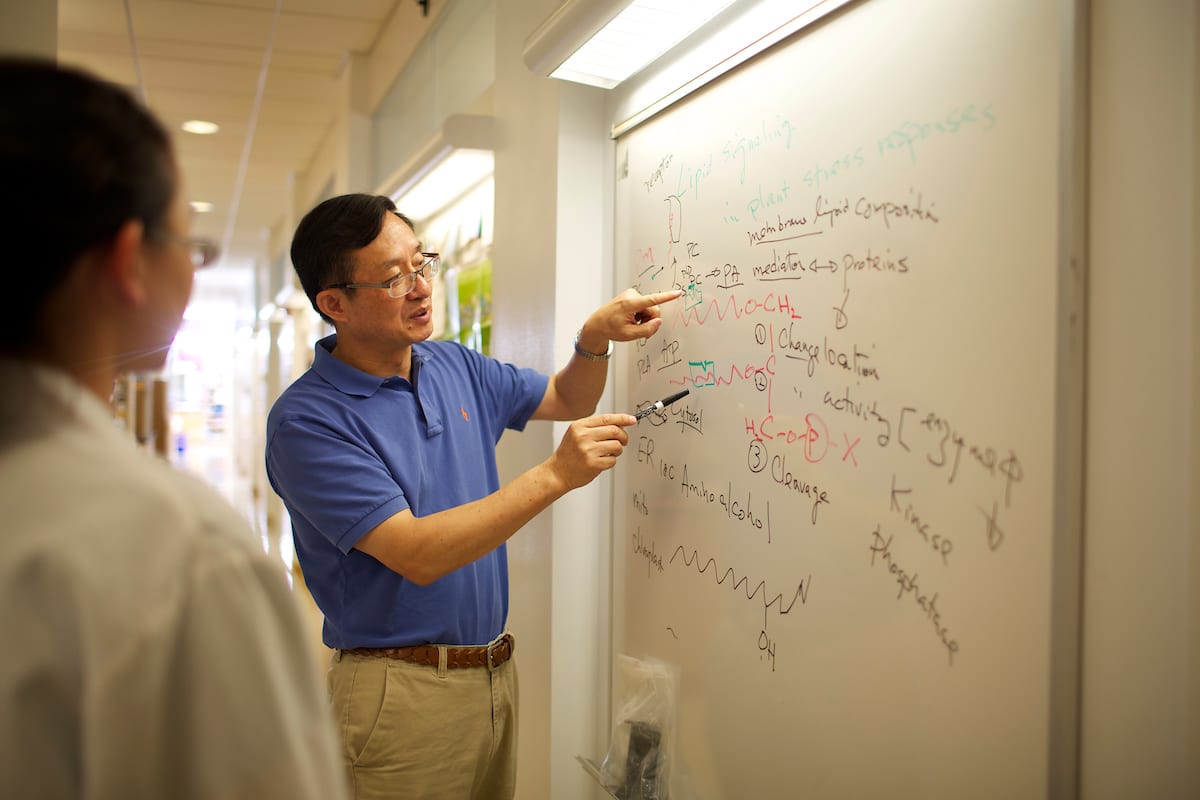 Today, Sam’s lab focuses on lipids and how to improve plant’s use of them. And there is still plenty to learn. “It’s a black box,” Sam says.  “We don’t really know how lipid production in plants is regulated and how lipids function to influence plant growth, development, and stress responses. If we understood how they work, we could use them to create the changes we seek.”

Sam and his team pioneered “lipidomics,” which allows for the study of hundreds of lipids at once. “Instead of one tree, you can now see a forest,” he says.

By understanding how lipids work, Sam’s group will be able to do things like develop plants that can store even more of them, which will then allow those plants to store more energy. “Information on lipid signaling can be used to enhance plant production without increasing the agricultural footprint. The current system cannot be sustained. We must figure out how to produce more with fewer resources,” Sam says. “Lipids can help us do that.” 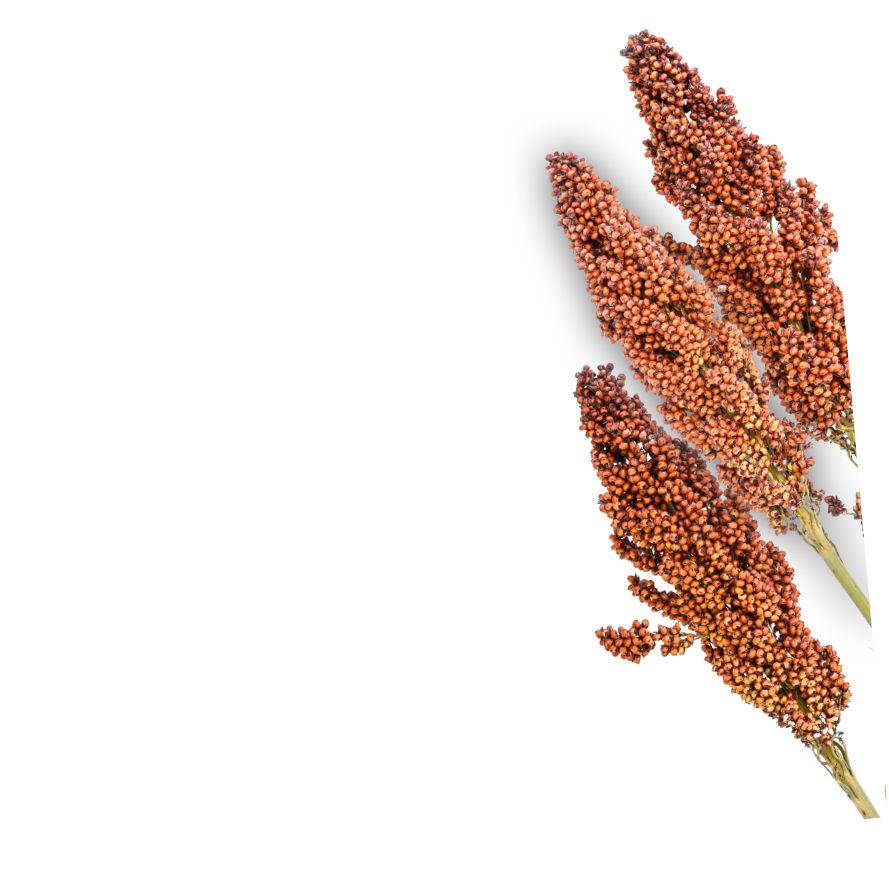 Why he enjoys traveling

“I like to see how different cultures do things differently,” he says.

Sam has three children and enjoys spending time with his family. His wife is a microbiologist at Washington University.

Why he enjoys traveling

“I like to see how different cultures do things differently,” he says.

Sam has three children and enjoys spending time with his family. His wife is a microbiologist at Washington University.

Get in touch with Sam Wang

The Wang laboratory focuses on lipid metabolism and signaling in plant response to nitrogen/phosphorus/water deficiency and seed oil production. 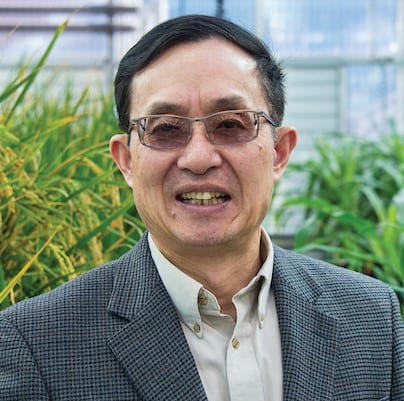 Membrane lipids play a myriad of structural, metabolic, and regulatory roles in plant growth and adaptation to stresses. Vegetable oils are not only major sources of calories and essential nutrients for humans, but also important feedstocks for biofuels and renewable industrial materials.

The Lab is also interested in translating knowledge gained from the studies to improving plant oil and biomass production. Ongoing projects include studies to improve plant drought tolerance, plant response to nitrogen and phosphorus deficiency, and storage oil production. 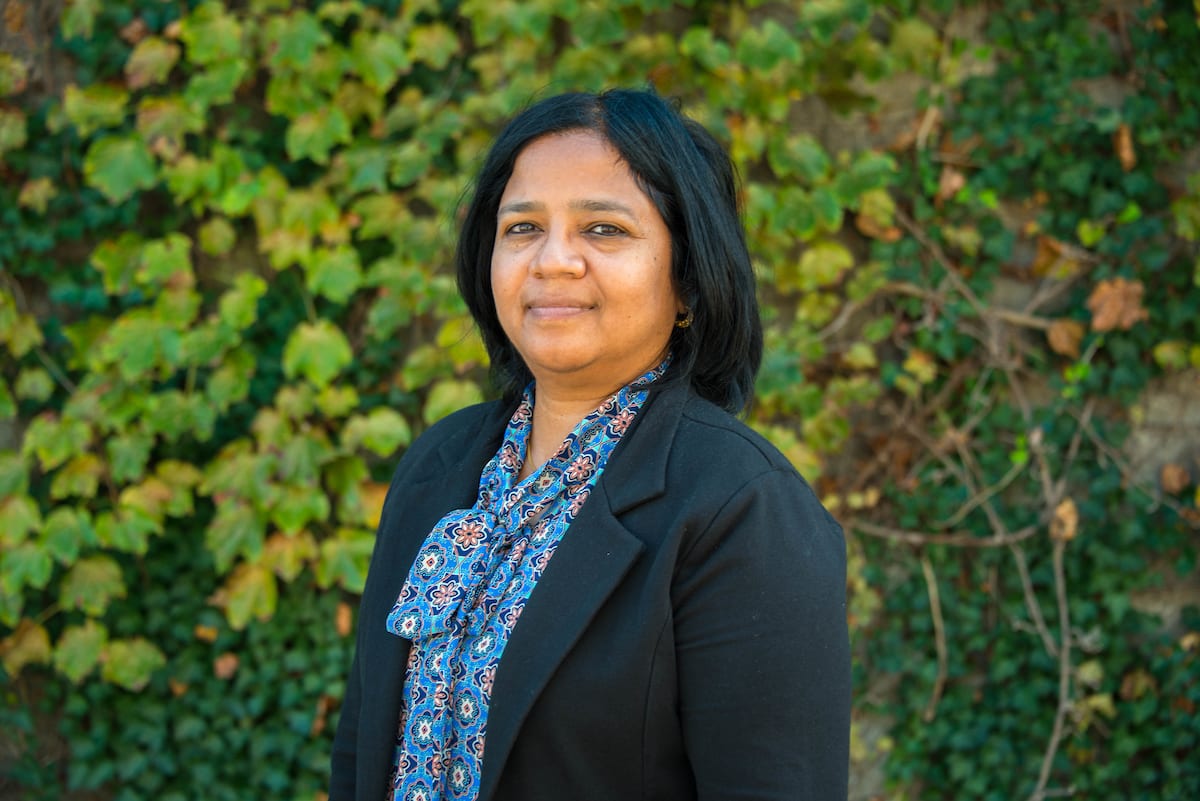 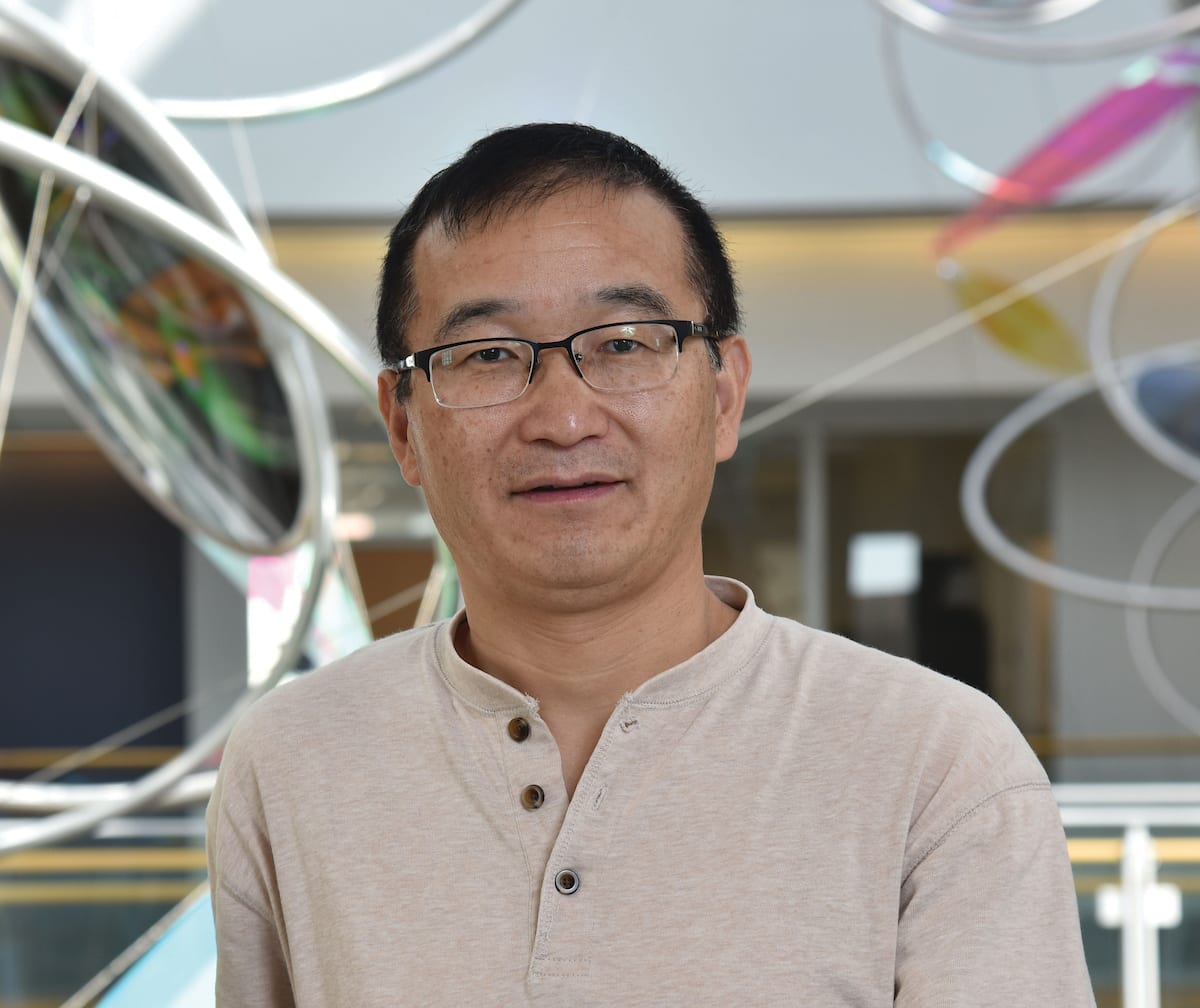