"We can’t fix the health of our planet without taking agriculture into account."

Of Prairies and Potential

In the Chicago suburb where Allison Miller, PhD, grew up, there’s a network of prairies where she would often play, chasing butterflies and spotting wildlife.

But it was family vacations to a lake in the Northwoods of Wisconsin that opened her eyes to the possibilities of plants. “There were these incredible Norway pines and understory plants—it was magical, it sparked my imagination. I realized that plants are totally different in different places—and that there are a lot of plants out there.”

Today, as a principal investigator at the Danforth Center and professor of biology at Saint Louis University, Allison is still fascinated by the diversity of plants. She sees in them hope and potential to save the world: “Plants offer unlimited potential solutions to every major agricultural and ecological problem we are facing. We are not tapped out—we are not even close to discovering all the plant biodiversity that might help.”

Perennial Power for the Planet

The Miller Lab has zeroed in on long-lived crops as one possible tool to build a sustainable agricultural system. Long-lived crops, or perennials, live for many years, enriching the soil, and their deep roots combat erosion and sequester more carbon. In a world where 70% of crops are annuals, conversion of even a fraction to perennial crops would have a big environmental impact. “For years, humans have grown crops to serve human needs, often at the expense of the environment. It’s time we developed crops that can benefit the planet, as well as humans.”

Allison and her team are currently trialing 12 herbaceous perennial species as candidates for crop development. It takes a long time to domesticate plants, and for longer-lived plants, it takes even longer. To speed the process, the Miller Lab is attempting early stage selection—predicting future traits from early life stage traits—an endeavor that she credits to Danforth Center resources. “The Danforth Center has incredible infrastructure. We have the computational power and know-how, unique robotic trait monitoring, the world’s best research greenhouses, expert staff, all under one roof. It makes cutting-edge research possible.” 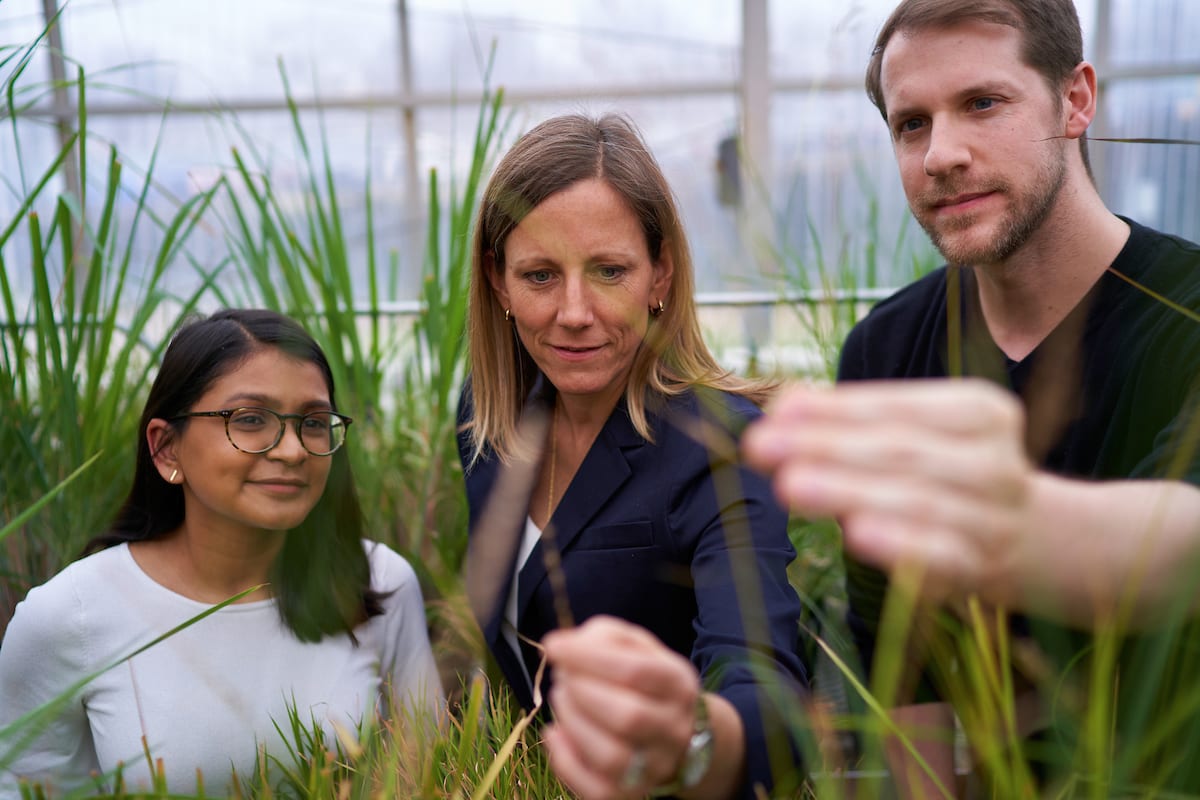 As part of their research into long-lived plants, the Miller Lab studies existing perennial crops like grapevines. “European grapevines were one of the first woody plants to be domesticated. They are an ancient crop—yet there are relatives growing in our backyard.” Allison and her team aim to better understand how root systems in grafted plants change the above-ground part of the plant. “The root system changes every part of the plant in every environment in all different ways—even the volatiles in wine.” The 18-scientist, 7-institution collaboration includes an oenologist, a wine chemist, who makes wines, vine by vine, with each experimental grape. 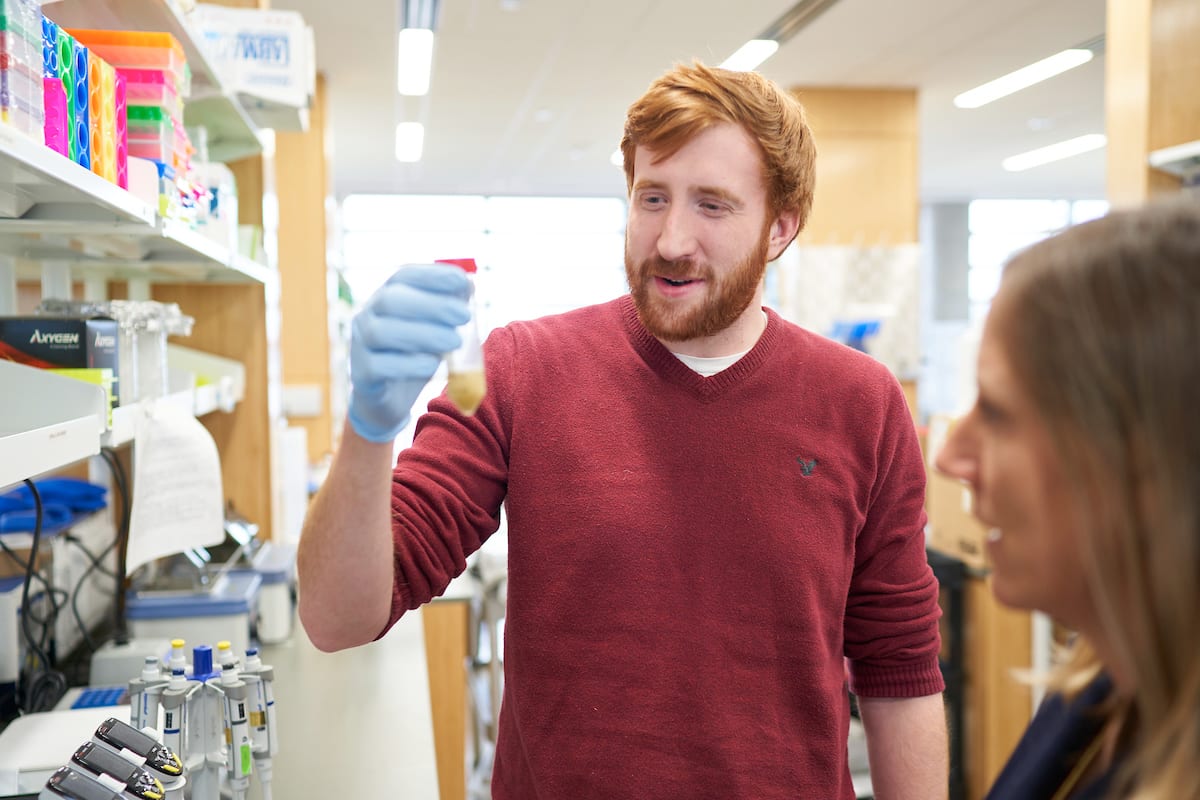 Long-lived plants have a lot to tell us about how plants respond to their environments. They stay put, so they have to deal with the environment as it changes from one year to the next. “Agriculture is the world’s biggest and most rapidly expanding ecosystem,” says Allison. “We can’t fix the health of our planet without taking agriculture into account.” 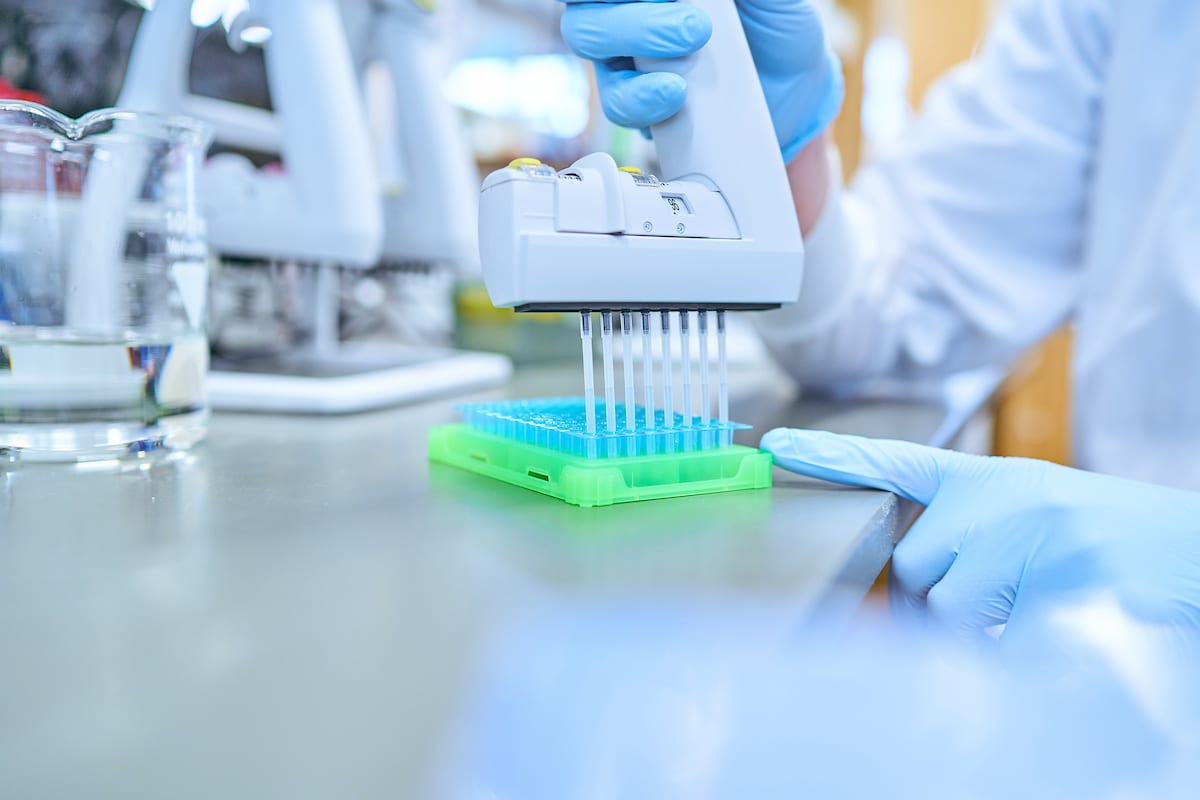 Get in touch with Allison Miller 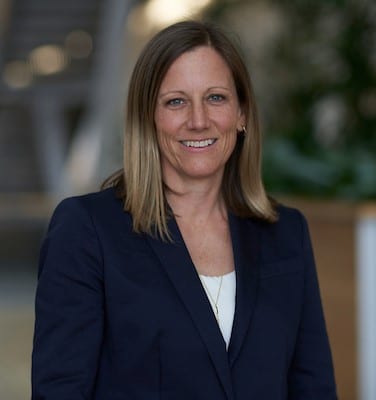 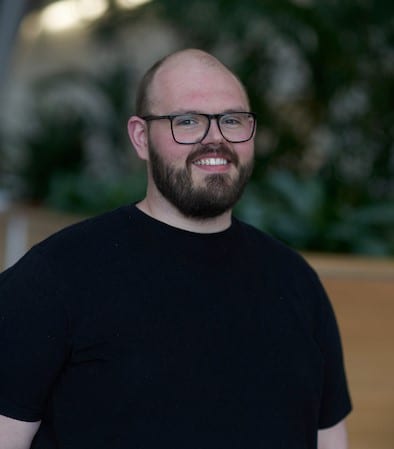 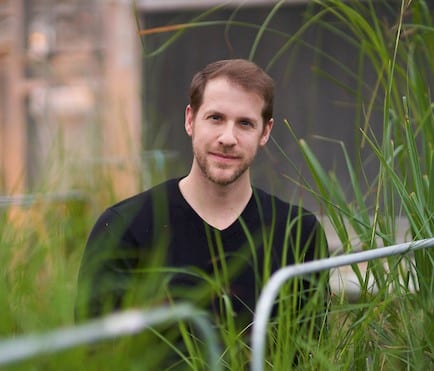 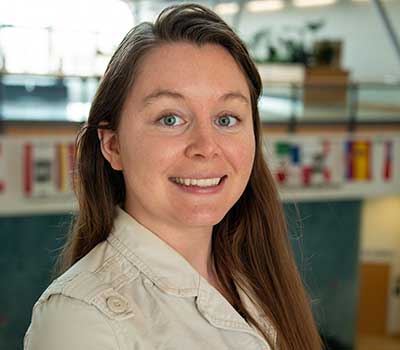 Understanding mechanisms shaping phenotypic variation over space and time is a fundamental goal in biology and the foundation of domestication and crop improvement. Perennial plants comprise an estimated 40% of domesticated species and 60% of seed plants. Their long lifespans influence evolutionary processes and patterns of variation in unique ways relative to annual systems. We study perennial crops and wild perennial species in the field, often over the course of multiple years. We generate genetic data and patterns of gene expression, and measure plant traits including flowering time, fruit and seed chemistry, leaf shape, ion concentration, and physiology, among others. Our goals are to advance basic understanding of evolution and plasticity in perennial plants, and to apply this work to perennial crop improvement, the development of novel crops for natural systems agriculture, and the conservation of perennial plant genetic resources.

One ongoing project focuses on the lesser-known half of the perennial crop equation, the root system. Grafting is the horticultural practice that unites the root system (rootstock) of one plant with the shoot system (above-ground portion of the plant) of another, and is a common practice used in more than 70 perennial crops. We are studying grafted grapevines to learn more about how different roots influence whole plant function. In grapes, the vast majority of cultivated grapevines consist of a European species (V. vinifera ssp. vinifera) that is grafted to rootstocks derived from native North American Vitis species. We are documenting patterns of genomic and morphological variation in natural populations of rootstock species and exploring root system-shoot system interactions in experimental rootstock trials.

A second research trajectory focuses on perennial herbaceous plants, which are common in nature but relatively rare in agriculture. We are working with The Land Institute and the Missouri Botanical Garden in order to build a botanical foundation for perennial polyculture agriculture. The goal of this work is to document taxonomy, morphology, ethnobotany, and toxicology of wild, perennial, herbaceous members of the grass, legume, and sunflower families in order to identify candidate species for pre-breeding and domestication. Comparative analyses of closely related annual and perennial species, as well as selection experiments are planned in order to understand the evolution of perennial herbaceous plants under selection for increased reproductive effort.

Various other research projects focus on domesticated fruit and nut trees and their wild relatives. 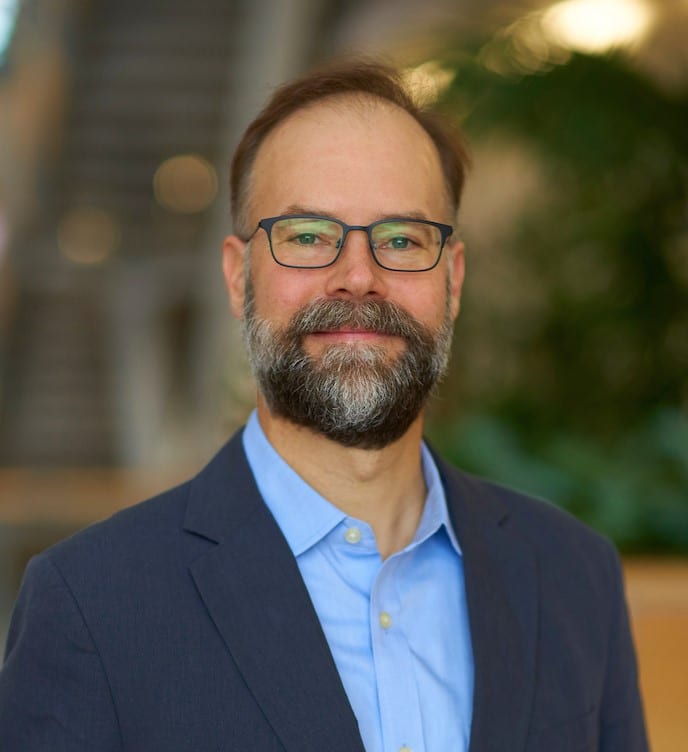 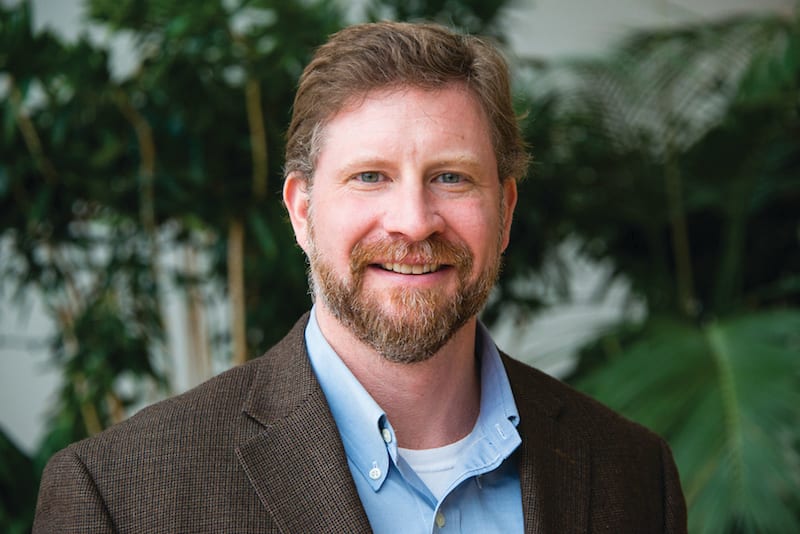