According to the United States Department of Agriculture (USDA), corn was the largest crop grown in the U.S. in 2019 and is predicted to be the number one cereal in the world by 2020. Globally, corn has various end uses including various foods, animal feed, and ethanol for biofuel. Corn (or maize) is a very productive crop due to almost a century of intense improvement in the U.S., with yields steadily increasing since the 1930’s. This improvement is due in part to advances in farming practices, but largely to genetics and breeding. The improved architecture, or shape, of maize makes it very amenable to large-scale production and harvest. One of the most effective strategies for boosting corn yield has been increased planting density, which improves with more narrow plants with upright leaf angles (Figure 1). 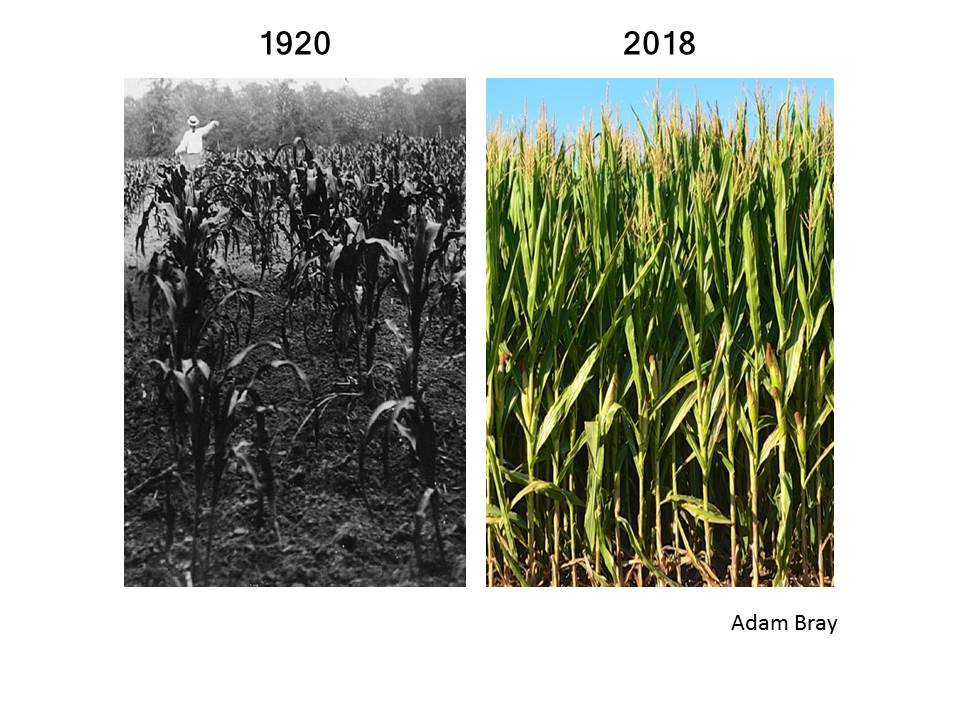 Figure 1. Improvements to corn production since the 1930’s include increasing planting density. A comparison between a corn field from 1920 (left) and 2018 (right). 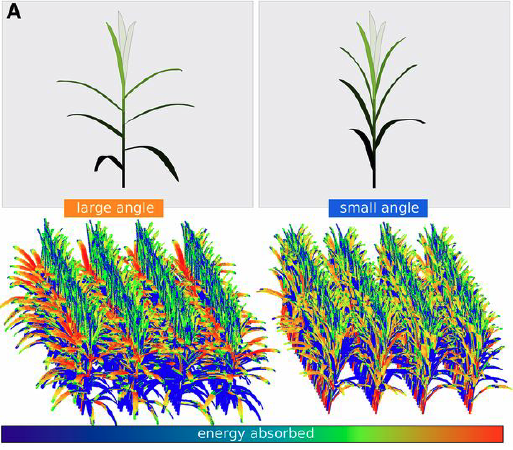 Figure 2. Leaf angle affects light distribution in crop canopies. Schematic of corn plants and corn plots that vary in their leaf angles shows that light was distributed more uniformly and deeper into the canopies of plants with upright angles (from Truong, et al., 2015).