On November 16, 2017, the first Big Ideas was held as part of the Conversations series. “Conversations: Meeting Grand Challenges” pioneered the format of three teams of up-and-coming scientists competing to win seed money for their big idea.

Team Meyers from the Blake Meyers lab presented their big idea that night: an application of cutting-edge gene editing with CRISPR-Cas9 to increase soybean yields by 20-30 percent. But it wasn’t the winning idea. When the audience voted, Team Bart, with their idea for an interactive disease-identification app for farmers, came out on top. 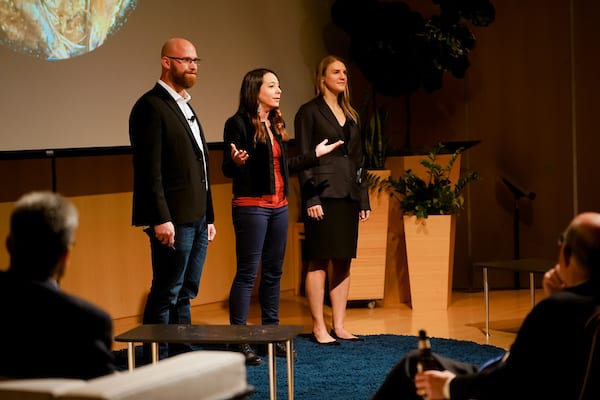 “Our idea was big—probably too big to win because the seed money wouldn’t really be enough to get started,” says Ryan DelPercio, graduate student and member of Team Meyers. “In a way, we were lucky to lose, considering what happened next.”

What happened next was that Danforth Center President Jim Carrington received a call. It was Philip Needleman, PhD, vice chair of the Danforth Center Board, and former chief scientist and head of R&D at Monsanto/Searle/Pharmacia. He had attended the event and had voted for Team Meyers.

“Jim came to our office and said, very seriously, ‘Sit down,’” says Patricia “Pat” Baldrich, postdoc and member of Team Meyers. “We thought we were in trouble.”

In fact, Phil had called to say that their great idea, "knocked his socks off," and he wanted to support it. He offered them $35,000 if they could find a match. The Meyers Lab hurried to submit a grant request to the United Soybean Board (USB). After a few rounds of emendations, the Big Idea from Team Meyers finally won—and won big. The USB awarded them not just matching funds, but a grant of $180,000.

The project aims to inject hybrid vigor into soybean breeding by modifying soybean to enable cross-pollination. Currently, soybean is 99 percent self-pollinated, preventing any gains from hybridizing.

“Improved soybean has long been a dream of both farmers and scientists,” says Blake Meyers, PhD, Danforth Center principal investigator and professor of plant science at the University of Missouri. “Given the vast acreage in soybean—around 90 million acres in the U.S. alone—improvements could have a potentially dramatic effect—and offer a benefit to beleaguered pollinators as well.”

Cross-pollinated soybeans have the potential to: 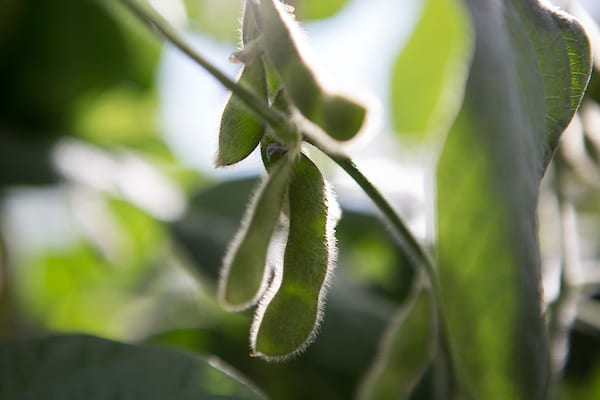 Soybean yields have improved only modestly over the past century. Danforth Center scientists are hoping to change that.

“We met with Phil Needleman to give him an update,” says Pat. “He encouraged us: why not submit a fifth construct of all three pollinator improvements together at the same time?”

“Danforth Center scientists are great scientists, and I believe in them,” says Phil. “If they guessed right—and there’s always that chance—we’ll be two years ahead by combining the traits together. In the biomedical world, which is my background, we encourage speed.”

The five constructs are currently at a contracted transformation facility where scientists will take the edited DNA and produce plants and seeds. This process will take another two years at least.

Meanwhile, presenting team member Margaret Frank is now an assistant professor at Cornell University, but remains part of the project. And Ryan and Pat, who met at the Danforth Center, fell in love and are today raising their 14-month-old son, Leif, “our own little example of hybrid vigor,” says Ryan.

Learn More About the Meyers Lab