William Henry Danforth, M.D., Founding Chairman of the Donald Danforth Plant Science Center and Chancellor Emeritus of Washington University in St. Louis, passed away on September 16, 2020 at the age of 94.

Bill — as he always asked others to call him — was a shining example of selflessness and dedication to the greater good. He brought a passion for excellence and an unwavering commitment to serving others. 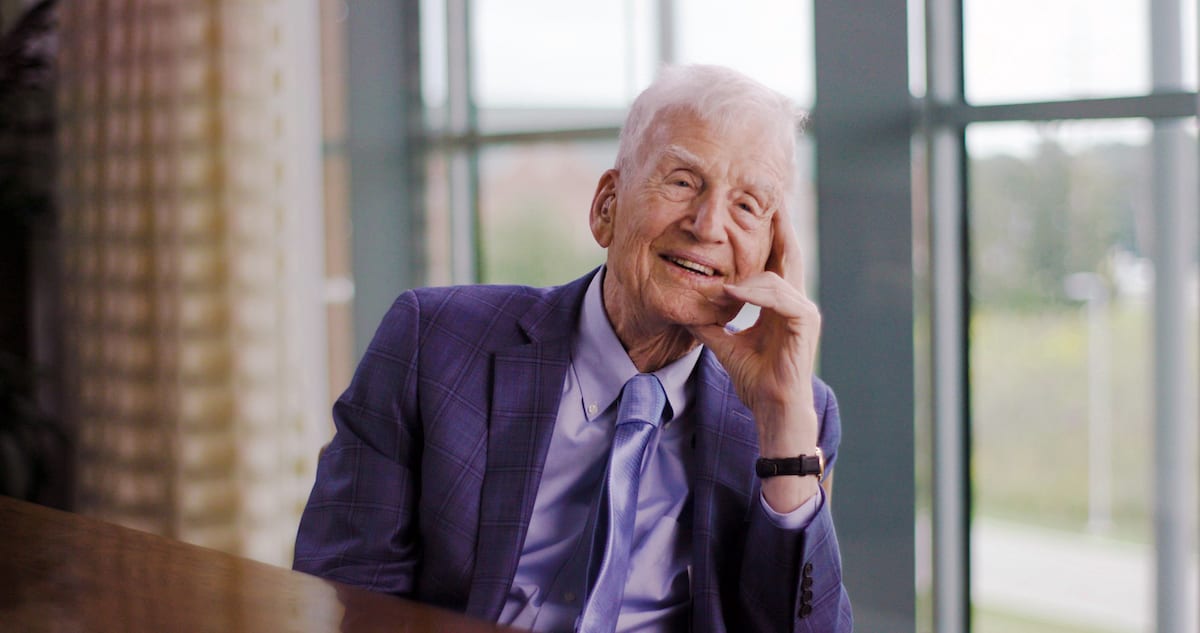 Bill Danforth was a practitioner of cardiology, a medical officer in the United States Navy during the Korean War, a beloved teacher, a scientist in the laboratory of Nobel laureates Carl and Gerty Cori, and one of academia’s greatest administrators. In the more than two decades of his tenure as chancellor at the Center’s partner institution Washington University he transformed it into one of the nation’s leading universities and a cornerstone institution of St. Louis.

Bill retired from Washington University in 1995. The dictionary defines retire as “to leave one's job and cease to work.” Bill was an eloquent writer and speaker who deeply appreciated the power of words to inspire and motivate. In this instance, however, the dictionary does not do justice to the life he led after 1995. Bill never ceased working.

In 1998, Bill Danforth founded the Donald Danforth Plant Science Center and served as its chairman through 2013. He remained actively involved as Founding Chairman and Emeritus Director. In 2000, he founded the Coalition for Plant and Life Sciences (now BioSTL) to drive forward bioscience company creation and economic growth in St. Louis. He served as the chairman of the organization from 2000 to 2011. In 2003, he chaired the Research, Education, and Economics Task Force for the United States Department of Agriculture and led the successful effort to establish the National Institute for Food and Agriculture. He then founded Supporters of Agricultural Research (SoAR) Foundation to advocate for increased funding of competitive grants for cutting-edge agricultural research.

These efforts reflect Bill’s belief that advances in plant science and improved agriculture are key to ensuring a healthy planet for, as he often said, “our grandchildren and great-grandchildren.” 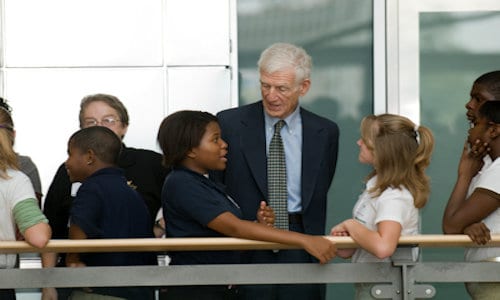 Even as we remember Bill for his remarkable public achievements, we recall with great admiration his exceptional personal character. We remember his passion for knowledge in so many areas of human endeavor, including the sciences and the humanities. We remember his encouragement and mentorship of students of all ages. We remember his modesty, courtesy, and the warmth and gentle humor that delighted longtime friends and instantly made new acquaintances feel as if they had known him for years. Although Bill never drew attention to his countless acts of kindness, we remember as well the guidance and advice he offered to friends and colleagues; the uplifting visits to friends at home and in hospital over many decades; the comforting words he shared with the grieving. He gave tirelessly of his strength and wisdom and truly believed that all of us have a common purpose in life: to help others and improve the world.

Quite simply, Bill Danforth’s life and legacy are awe-inspiring.

Bill never allowed anyone to feel overshadowed or diminished by his extraordinary example. Rather, believing that each of us has a responsibility to make a positive difference, he emboldened everyone he met to be better, to achieve more, and to address the world’s great challenges with vision, courage, and determination. This is the spirit in which Bill led Washington University and founded the Danforth Center, and we believe that we best honor his memory by continuing the vital work that he envisioned and so generously supported.

Let us all go forward with profound gratitude for the privilege of knowing this great man and with determination to preserve and build on his legacy.

We see grand opportunities to use science to benefit humankind -- to feed the hungry, to protect the world's environment for our grandchildren and great-grandchildren, and to provide discoveries that will help spark the next generation of science-based industry.

Looking Back on Bill's Legacy

1926: William Henry Danforth II born in St. Louis, Missouri. As a young child his grandfather William H. Danforth I, founder of the Ralston-Purina company, instructs him to cut the word “impossible” out of his dictionary, providing lifelong inspiration to achieve the extraordinary

1950: Married to Elizabeth "Ibby" Gray, his partner for 55 years until her passing in 2005. They raised four children

1951: Returned to St. Louis to intern at then Barnes Hospital after receiving M.D. degree at Harvard Medical School

1957: Joined the faculty of the Washington University School of Medicine as a cardiologist

1967: Appointed professor of internal medicine in the Washington University of School of Medicine

1965-1971: Served as Vice Chancellor of Medical Affairs and president of the Washington University Medical Center

1971: Named the thirteenth chancellor of Washington University with universal support

1995: Retired as chancellor of Washington University after leading the effort to transform it into one of the world’s leading teaching and research institutions. Named Chancellor Emeritus, Vice Chairman of the Board, and a Life Trustee of the University

1995: Appointed to negotiate a settlement to the St. Louis Public School desegregation case that had been stuck in the courts for 24 years

2001: Construction of Building A of the Donald Danforth Plant Science Center completed

2001: Founded the Coalition for Plant and Life Sciences (which became BioSTL in 2011) to promote bioscience company creation and drive economic growth in St. Louis

2006: Main campus of Washington University named the Danforth Campus in recognition of the families contributions

2009: Chaired the U.S. Department of Agriculture (USDA) Research, Education and Economics Task Force, recommended the creation of the National Institute of Food and Agriculture.

2016: Dedication of the William H. Danforth Wing at the Danforth Center