“We are excited about the possibility of developing this class of peptides as a spray-on fungicide that would provide farmers with an environmentally friendly alternative to chemical fungicides for pre- and post-harvest management of fungal diseases,” said Dilip Shah. “When applied to crops, the peptides will eventually break down to amino acids in the soil and be used by beneficial microbes as an energy source.”

Medicago truncatula is a relative of alfalfa. Shah and his team produced recombinantly large quantities of the highly charged NCR044 peptide that is expressed in the nodules of this legume. They then applied the peptide in low concentrations to tobacco and tomato plants in the lab and challenged the plants with the gray mold fungus. The plants showed significant protection from this fungal disease.

To understand the antimicrobial mechanism within the cell, they collaborated with Czymmek, who is also a mycologist and has studied fungal cell biology for many years. Using time-lapse confocal and super resolution microscopy, the team was able to observe dynamically how the peptide binds to fungal spores and germlings, how it is internalized and where it goes inside the fungal cell. One key finding here was the confirmation that the peptide concentrated in the nucleolus, the organelle where ribosomal assembly takes place.

“It was a pleasure to work with Dilip and his team. As a young scientist, Siva, was able to move diligently across a very diverse set of platforms and techniques, following-up on leads from the scientific data. Ultimately, he was able to apply these corroborating techniques and uncover significant new information to create robust conclusions about the research project,” said Czymmek, “It was really great science.”

The unique team of scientists with expertise in fungal and plant cell biology combined with advanced imaging capabilities allowed them to make critical interpretations and confirm their hypotheses. Their collaborator and co-author on the paper, Garry Buchko, PhD at the Pacific Northwest National Laboratory solved the first three-dimensional structure of a nodule-specific peptide revealing a largely disordered, and highly dynamic, peptide structure containing a short anti-parallel β-sheet, tiny α-helix, and when oxidized, two stabilizing disulfide bonds.

A portion of the project was funded by TechAccel. Shah and Czymmek will continue their research and have applied to the National Science Foundation for a grant to further explore how antifungal nodule-specific peptides kill harmful fungal pathogens in vitro and in planta. 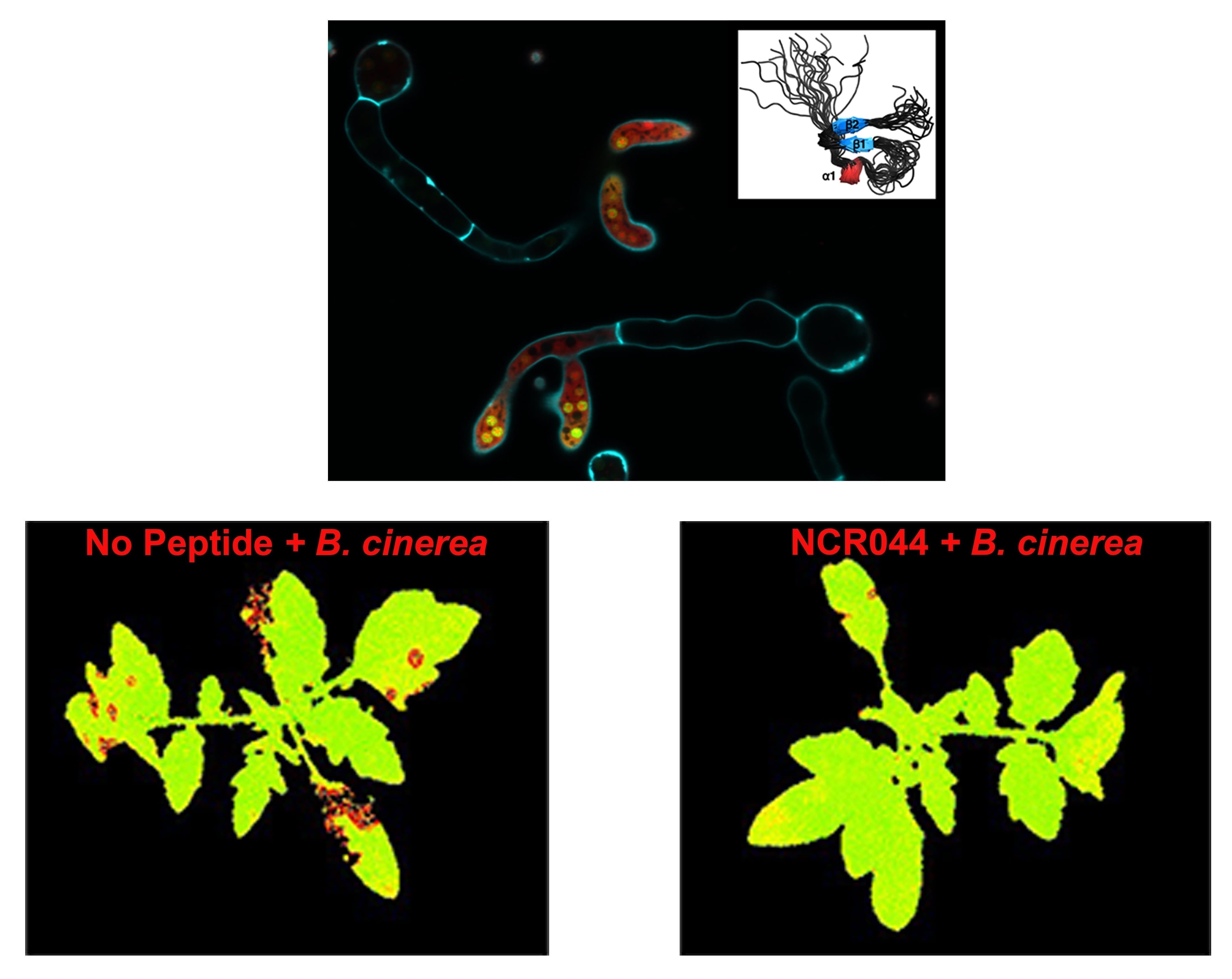 Images are available upon request.