The Danforth Center has taken another step in advancing solutions for global food insecurity with a new hire. Don MacKenzie, Ph.D. joined the Danforth Center on April 2 as the executive director of the Institute for International Crop Improvement (IICI) to manage IICI’s programs dedicated to translating key discoveries in plant health, disease and pest management, genomics, advanced breeding and nutrition to staple crops that impact food security around the globe.  He also provides guidance on navigating through the practical, safety and regulatory processes necessary to demonstrate that new crop varieties are proven safe and effective for farmers. 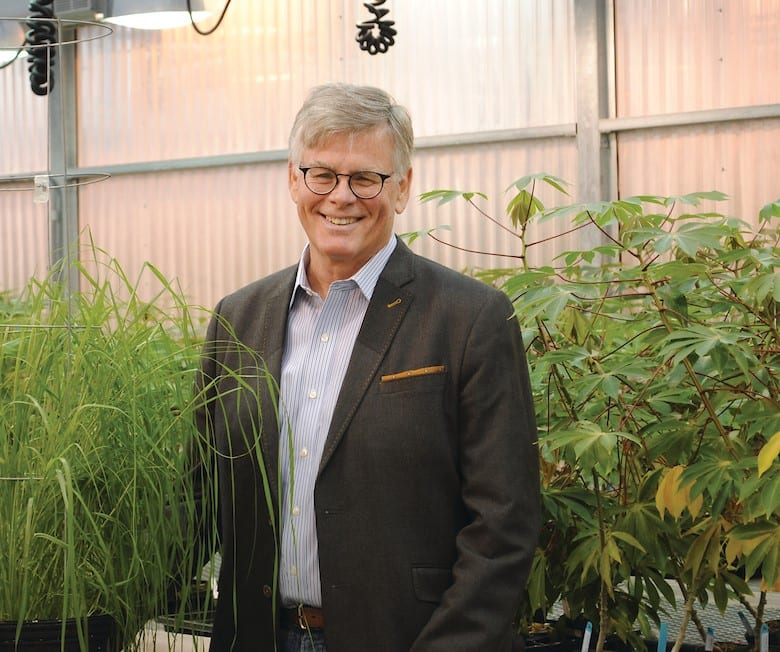 “I am excited by the opportunity IICI has to deliver solutions for improving food and nutrition security, and that will contribute to addressing environmental and production challenges faced by farmers in developing countries,” said MacKenzie. “Building strategic alliances with partner organizations in Sub-Saharan Africa and South Asia will help ensure that the Danforth Center’s expertise and innovative technologies are deployed in ways that are both responsive and impactful.”

MacKenzie joins the Danforth Center from his position as the Regulatory Affairs and Stewardship Leader of the Golden Rice Project coordinated by the International Rice Research Institute. 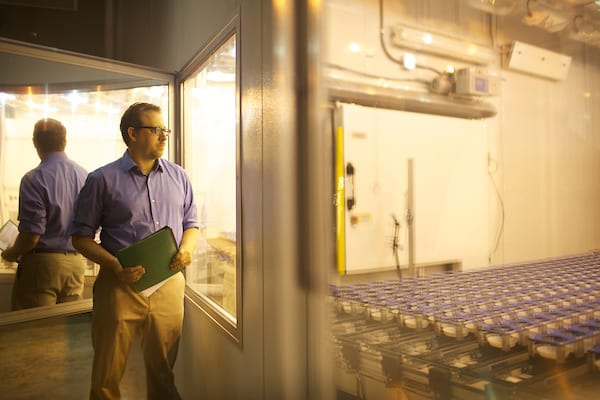 Ivan Baxter, Ph.D., joined the Danforth Center in 2009 as an Assistant Member and has expanded his role as Principal Investigator. Ivan’s research uses high-throughput elemental profiling to measure the elemental composition of plant tissues including soybean seeds and corn kernels. The data is used to perform genetics and modeling to understand how the interactions of elements, genes, and the environment determine the elemental composition of plants and allow plants to adapt to different environments. “My lab is trying to understand how plants, mainly corn and soybean, take up elements from the environment, such as iron, magnesium, calcium and phosphorous. We then use that knowledge to learn how plants are adapting to their soil environment. We mainly use ionomics, which is high throughput elemental profiling of seeds. We are trying to identify genes that will allow plants to grow on marginal soils with fewer fertilizer inputs,” said Baxter.

In addition, Ivan and Liz Haswell, Ph.D., associate professor, department of Biology at Washington University in St. Louis have developed the podcast, The TapRoot to communicate the intricacies of how scientific publications are created and the journey scientists go through. TapRoot first aired in July of 2017 and now has grown with over 31,000 total downloads.  They are preparing to launch a third season focused on busting myths. 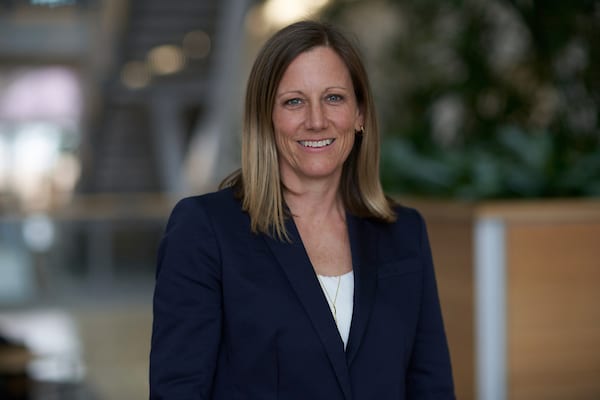 In August, the Danforth Center and Saint Louis University announced the appointment of Allison Miller, Ph.D., professor of biology at Saint Louis University (SLU) and research associate at the Missouri Botanical Garden to a joint faculty position. Miller serves as member and principal investigator at the Danforth Center, and her research program is housed at the Center’s Creve Coeur facilities. Miller’s arrival signals an expansion of the Center’s collaboration with the region’s leading universities, including Washington University and the University of Missouri.

Miller’s research focuses on how perennial plants evolve in nature, how they withstand dynamic environmental stresses over the course of multiple years, and how they can be domesticated for use in agriculture. Perennial plants offer many potential benefits in agriculture, including season over season production and deep root systems to reduce erosion. Miller also studies mechanisms that shape phenotypic variation over space and time. Understanding ways to improve and better use perennial crops can contribute to food security and ecosystem stability.

“I am delighted for the opportunity to bridge SLU and the Danforth Center through a joint appointment,” said Miller. “This position will allow me to strengthen and diversify our research program on perennial plants, and to develop expanded research and training opportunities for SLU students. It is a joy to study plants and to share the wonder, importance, and potential of the plant world. I am thrilled to have the opportunity to do this in collaboration with SLU and the Danforth Center.” 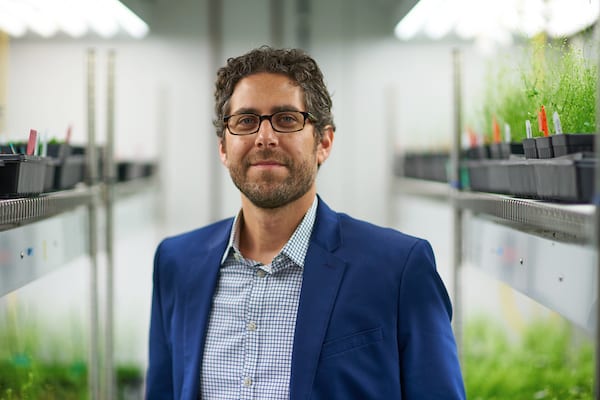 In September, the Danforth Center the University of Missouri - Columbia (MU) announced R. Keith Slotkin, Ph.D. and Bing Yang, Ph.D., were appointed to joint faculty positions. They are the second and third faculty hired through a collaborative initiative that aims to elevate regional plant science to address global challenges.

“We are excited that the collaboration between the Danforth Center and MU continues to result in outstanding hires,” said John C. Walker, chair of the Division of Biological Sciences at MU. 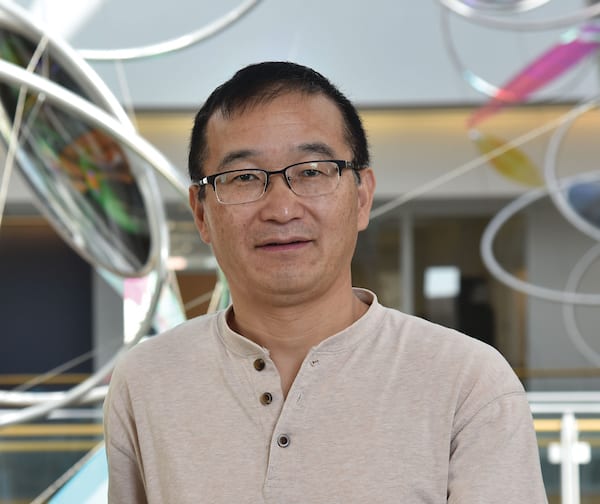 “The Danforth Center is a truly dynamic atmosphere to further push my research. I am excited to combine and connect the strengths of the Danforth Center with the outstanding colleagues and breadth of MU,” said Slotkin.

“It is my great pleasure and honor to join the faculty of both MU and the Danforth Center. The joint faculty position opens an exciting opportunity to advance my research and broaden my collaboration among great scientists in two institutions and beyond,” said Yang.