TerViva is commercializing the legume tree crop, pongamia. When cultivated in orchards, individual pongamia trees are expected to sequester more than 110 tons of carbon over a roughly two decade lifecycle.

TerViva faces two sides of the economy. They work with growers and farmers from the US, India, and Australia on the collection and growing of pongamia trees with an annual bean harvest yielding protein and oil, two basic human food groups (amino acids and calories). 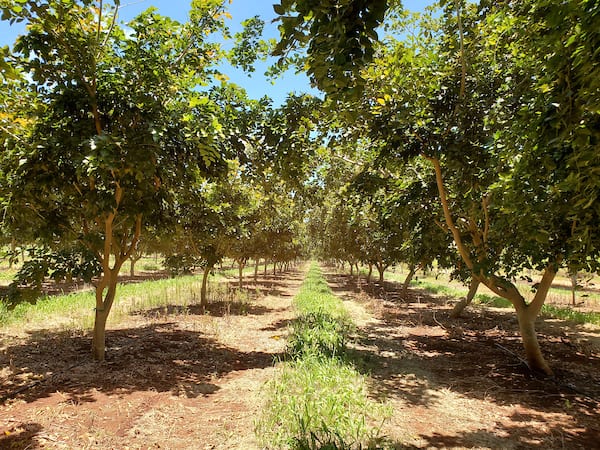 “On the food side what’s really exciting is that there’s underlying nutrition and qualities of the beans that matter to food ingredient companies and to consumers,” said Naveen Sikka TerViva founder and CEO.

The protein produced has an amino acid profile nutritious to humans and other mammals. On digestibility, pongamia protein scores similar to soybean and better than other crops like yellow beans. The solubility of pongamia protein is favorable for food products, it’s 50% more soluble than soy protein and it’s almost two and a half times more soluble than yellow bean protein making formulation an easier task.

Changing values of consumers is driving the demand for new food products. There is a strong market out there for alternative proteins. Consumer change is also driving demand for yellow pea and chickpea.  TerViva offers another alternative healthy protein source and buttery mouthfeel.  Naveen Sikka remarked, “I think it’s really exciting to be working with a crop that delivers environmental benefit and value to food product development.”

Pongamia trees grow for many years and do not require soil disruption each year to prep fields and plant. Pongamia doesn’t require top notch agricultural conditions. It can be grown in some pretty harsh conditions and marginal agricultural land where other crops do not thrive. TerViva is demonstrating these benefits in Florida with respect to the citrus lands that are no longer productive because of citrus greening.  Pongamia is valuable to farmers where it “drops into” former and existing citrus orchard operations.

Because of Pongamia’s general heartiness, as a crop it avoids land conversion.  Growers do not need to slash and burn, as seen for other crops in tropical ecosystems. As a legume, pongama also takes up atmospheric nitrogen and fixes the gas into nitrogen salt that plants can use, thus reducing the need for mineral fertilizer.

At the end of a pongamia orchard’s productive life, the accumulated biomass can be used in useful ways such as for biological material for soil amendment.  A pongamia grower in Paraguay has succeeded in getting certified for carbon credits from pongamia plantings. TerViva is currently focusing on capturing the value of the impact of pongamia orchards on soils.  As Naveen says,  “Carbon stock, soil health, organic matter, biodiversity, I think that’s where we’d like to hang our hat. We’d like to be paid, or recognized for our soil impact.”

In India, millions and millions of pongamia trees are planted with nothing to do with TerViva. They’re planted for reforestation and for non-timber forest products, to diversify farm production. In addition to beneficial environmental impacts, pongamia also offers opportunities for social benefit to small holder tropical farmers.  TerViva did a survey with the German government on the supply chain in India among tribal communities and small holder farmers who collect naturally occurring pongamia. They found that these communities are able to collect 6-8 kg of beans/tree. If pongamia were widely planted on marginal lands at roughly 150 trees/acres then Indian small holder farmers could harvest from one acre upwards of 1 metric ton. Compare that to soybean that yields 2-300 kg per acre and requires intensive cultivation. Pongamia offers small holder farmers an easily cultivated and high yield crop.

In Florida, there have been no real commercially viable answers to citrus greening. Even beyond the fact that the market for orange juice is unlikely to get back to the point where it’s in everybody’s refrigerator across America. So, if there are going to be a half million to a million acres of Florida farmland that are unavailable to citrus Pongamia is a viable alternative crop and can fill an important role in helping repair soils in addition to providing income to growers.

TerViva is starting to chip away at some of the research ecosystem and value chain development that new crops need for successful adoption at large scales.  The USDA has introduced its program for tree crop replacement in the event of force majeure or in the case of Florida for dying industries. There’s an income limitation on that and FSA at the county level and a couple of counties in Florida have qualified for pongamia. So growers can get 50-75 cents back on the dollar for planting pongamia as a replacement for citrus.  Major financial lenders are also beginning to loan against properties that have pongamia on them. TerViva was awarded a grant to work with University of Florida on pongamia.

Despite the pandemic TerViva will deliver more than $1 million worth of trees in 2020. While lab work has slowed in the US, TerViva’s co-manufacturing partners in Mexico have not been closed. Many of the companies interested in co-developing pongamia protein and vegetable products have been preoccupied with reacting to the COVID pandemic which will cause a little bit of a slowdown for new product development and innovation in general. TerViva is focusing currently on partner sets that are most engaged with them.

Pongamia saplings for planting, like many fruit and nut bearing orchard crops, are currently produced via grafting clonal scion material (above ground stems that grow into seed bearing tree limbs) onto young roots.  Working with Allison Miller at the Danforth Plant Science Center for their IN2 project, TerViva will explore the interaction of their elite scion producing varieties with a selection of clonally reproduced roots.  TerViva has elite varieties and will benefit from an opportunity to identify root stocks that support the best grafted. and to explore plant mechanisms that can yield to graft rejection.