“We need to grow more food in the next 30 or so years than we have in the last 10,000 years cumulated, and we’re doing that in the face of changing weather and dwindling natural resources. This is one of the biggest challenges of our time: how we’re going to nourish this growing planet and still take care of it at the same time.”

In two swift sentences, Dr. Natalie DiNicola, Chief Communications Officer for Benson Hill Biosystems, expertly summed up one of the driving forces behind why the Danforth Center, Missouri Cures Educational Foundation and Benson Hill Biosystems collaborated to host a symposium on gene editing. The symposium, “Gene Editing: Innovation and Impact in Missouri,” took place on November 13, 2018, and brought together specialists to discuss the role of gene editing in human health, agriculture and food systems, and creating 21st century jobs.

Gene editing technology is relatively new, but has since become commonplace in labs around the world. In 2012, Jennifer Doudna, an American biochemist based at the University of California, Berkeley showed CRISPR-Cas9 could be used to slice up DNA at any site and alter genetic data. This was a significant moment in the science community. CRISPR genome editing technology is powerful because it allows precise and easy improvements to genetic data more quickly than traditional breeding methods.

Experts on the food and agriculture panel, discussed how the new technology can be used to develop a more healthy, sustainable food system. The panel discussed the benefits that are possible across the entire supply chain, from the land that is farmed, to the farmer and their food or animal product, to the eventual consumer:

The benefits of gene editing expand beyond agriculture and food systems. Dr. Kory Lavine, Assistant Professor of Medicine, Washington University School of Medicine, Department of Cardiology, showed how gene editing can be used to treat heart disease using precision medicine. He explained that many patients with heart failure carry a genetic mutation that is responsible for their disease, and that mutation can be used to flag different groups of disease. In order to understand how to correct the mutation, he used CRISPR to make mutations in zebrafish. He then used those fish to understand why they have heart failure. Dr. Dongsheng, Margaret Proctor Mulligan Professor in Medical Research, University of Missouri School of Medicine, Department of Neurology, shared his lab’s findings utilizing AAV CRISPR therapy to edit out muscular dystrophy. Dr. Dongsheng found that a single AAV9 CRISPR therapy improved skeletal muscle and heart function in dystrophic mice for 18 months. “CRISPR technology is at the early stage,” he said, “but it has a future.”

The final session of the symposium focused on 21st century jobs created as a result of gene editing and other emerging technologies and featured Chris Otey, Senior Vice President, Science and Technology, Alexandria Venture Investments; Dr. Supriya Shivakumar, Head of Strategy of Gene Editing & Novel Modalities, Millipore Sigma; and Sam Fiorello, Chief Operations Officer and Senior Vice President for Administration and Finance of the Danforth Center. From their conversation, one thing became very clear: gene editing technology like CRISPR is more accessible than ever before, and it is going to create more innovation in Missouri. There is the potential to see even more startups developing in St. Louis, which has benefits for the entire state: “When a new technology like gene editing CRISPR comes along, it has the ability to really benefit rural America and innovation centers...it brings down the cost of creating solutions, and those solutions then could change the paradigm in the food system,” Fiorello explained. That change in the paradigm could ultimately make farmers more profitable.

It’s clear that the impacts of CRISPR and gene editing technology are powerful, with resounding impacts across multiple industries in St. Louis, Missouri, and the entire world. Thank you to our sponsors, panelists and organizers for making the program a success, and the audience for their attention and interest. 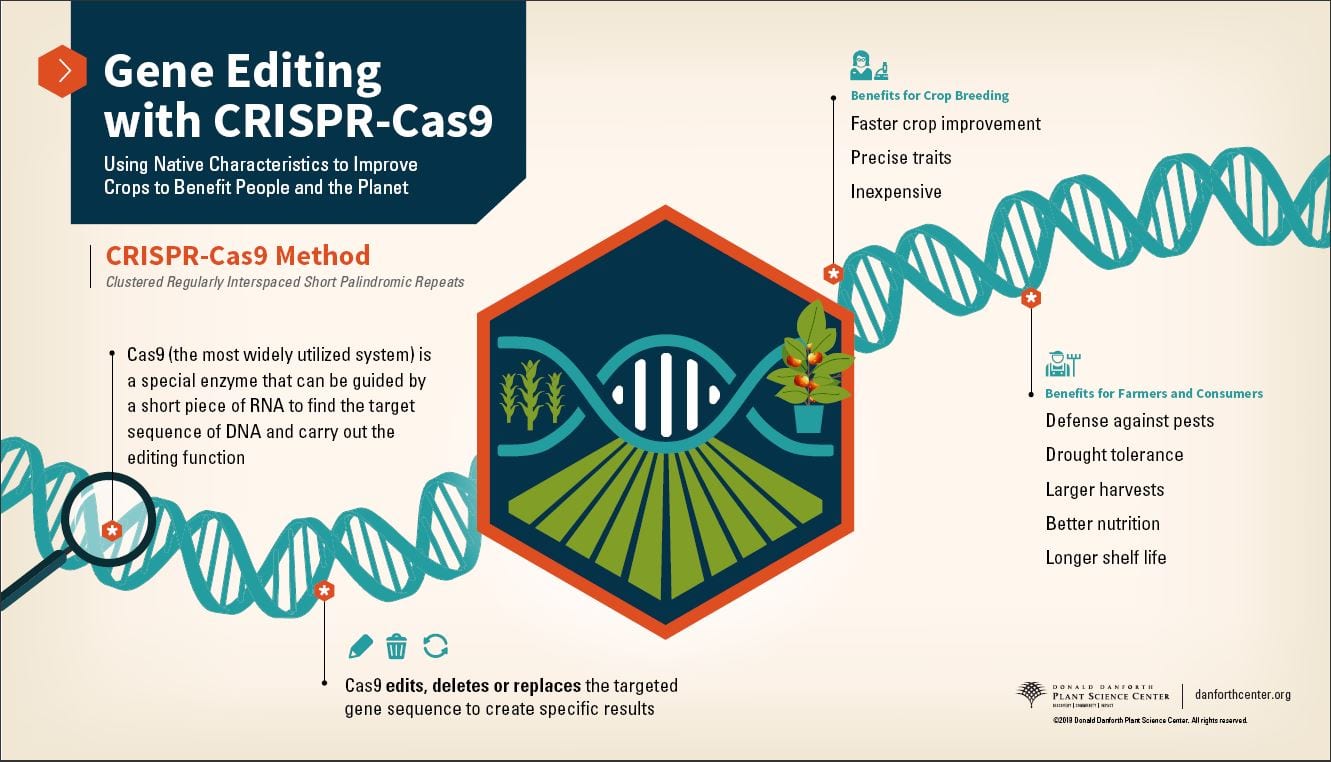