Malia Gehan, PhD and Principal Investigator, didn’t anticipate she would be a scientist. “I always thought I was going to be a history major,” says Malia.

In college, Malia took a science for non-majors course that focused on interpreting science in the news, which made science more tangible. She saw how science impacted her daily life. “I started to see how creative science was.”

Today, Malia is a Principal Investigator at the Danforth Center, studying plant stress. Her vision is to understand how plants respond to extreme environments in order to improve their resilience, ultimately expanding the places where we could grow crops. As she has advanced her career, she has become passionate about creating more opportunities for kids to get excited about science. 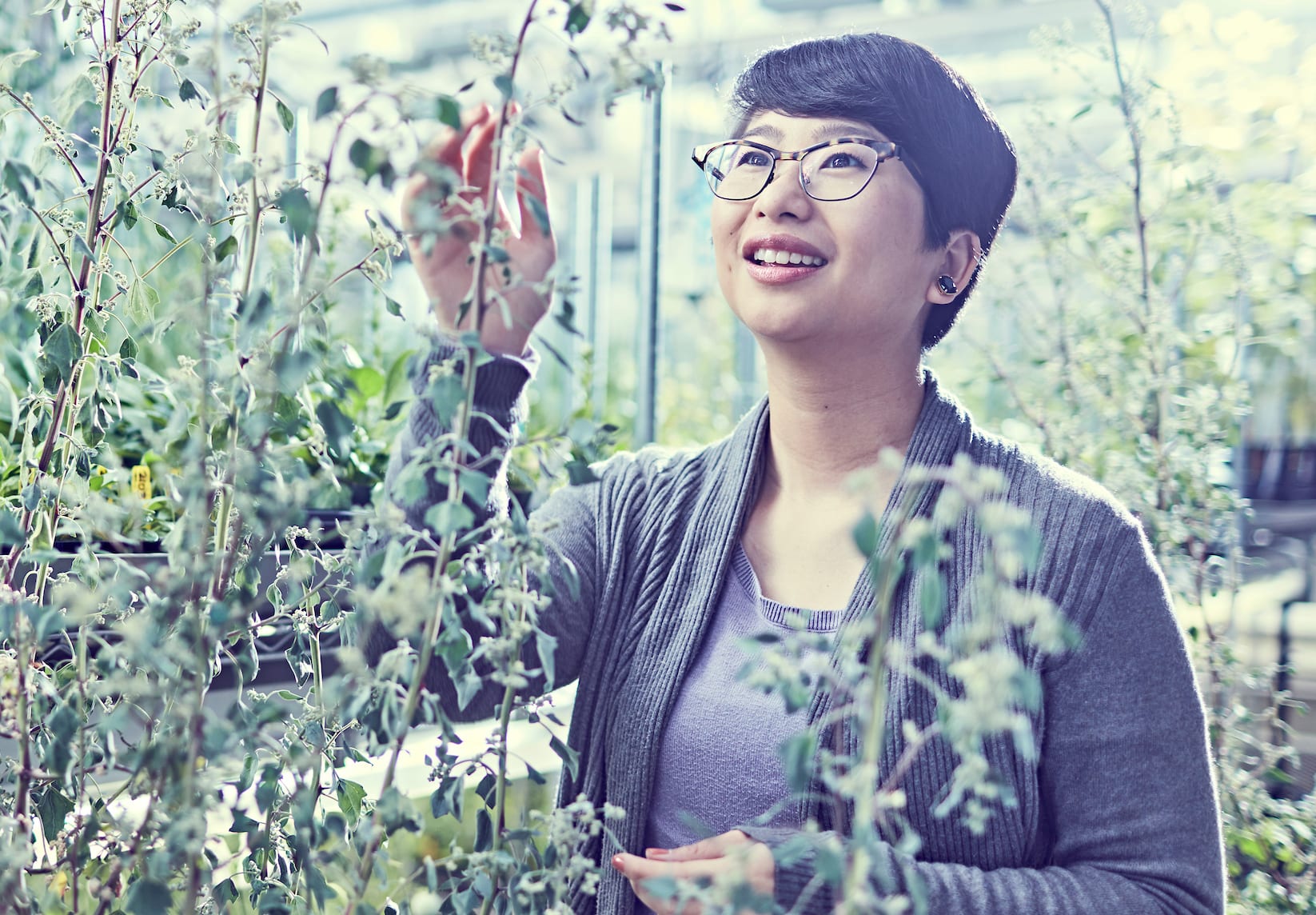 In 2015, Malia was scrolling through Twitter and saw a grant program by the Raspberry Pi Foundation. She, along with colleagues, applied on behalf of the Danforth Center and were awarded funding. Since then, our Raspberry Pi Jam has nearly tripled in size. “I look forward to the Jam every year because it is an opportunity to bring people from the Maker community into our building and have them interact with the greater St. Louis community, computers, robots, and plants. You can see the excitement in the families that participate,” she explains.

“There can be a misconception that plant scientists just stare at plants all day. While we do look at a lot of plants, we are also using cutting-edge technology, and to be able to share that with kids and families is really fun.”

Microcomputers like Raspberry Pis are great for kids to learn about technology because they are versatile machines. You can use them to take photos or to monitor house temperature. Raspberry Pis are also inexpensive, so they are more accessible for kids to tinker with and they don’t have to be scared of breaking it.

Raspberry Pi computers are so versatile that Malia even uses them in her lab at the Danforth Center to image plants. Due to their inexpensive nature, Malia’s lab can use lots of Raspberry Pis and put them in many different growth chambers to monitor a variety of environments. In order to draw insights from these images, Malia and other principal investigators have developed software to analyze the data.

“Using Raspberry Pis in the lab has become very powerful because I can take images of thousands and thousands of plants to see how quickly they grow instead of manually measuring them. We’re able to monitor a high volume of plants digitally and non-destructively,” explains Malia.