The Danforth Center prairie was installed in 2016 to reflect Center values and appreciation of biodiversity. Six acres of reconstructed Missouri prairie were planted, including more than 75 species of native tall grasses and forbs.

Prairie restoration projects typically take from 3 to 5 years to flourish, noted Woodbury. “However, after just two years, the Danforth Center prairie is a runaway success. It is the best of its kind, relatively weed free and incredibly diverse.”

Prairie plants require little in the way of irrigation or inputs and produce deep roots that pull greenhouse gas carbons out of the air and store them underground. Prairie grasses are particularly drought- and heat-tolerant—and they are distant cousins of many of the staple foods we eat, like corn and wheat.

The prairie restoration reduces the Danforth Center’s carbon footprint, while dramatically increasing biodiversity and contributing to a resurgence of pollinators, birds, and other wildlife. It also serves as a public education tool, providing visitors a glimpse of how Missouri would have appeared prior to European settlement. Visitors are welcome!

Update: The Danforth Center is grateful to the Missouri Prairie Foundation for their gift of wildflower seed in 2019. The donated mix was harvested from Golden Prairie, a National Natural Landmark in southwestern Missouri. 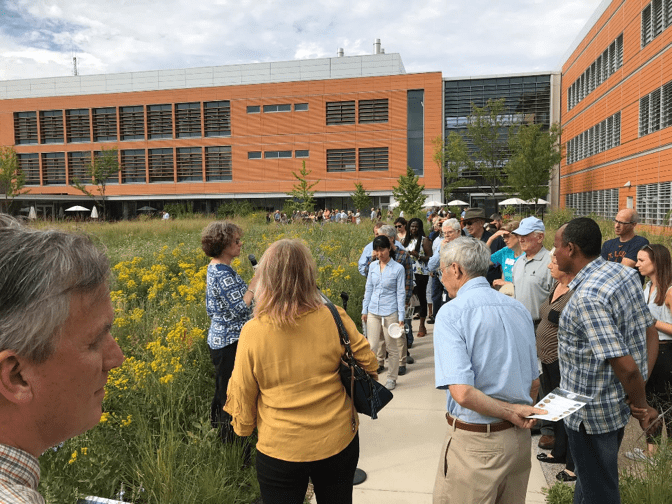 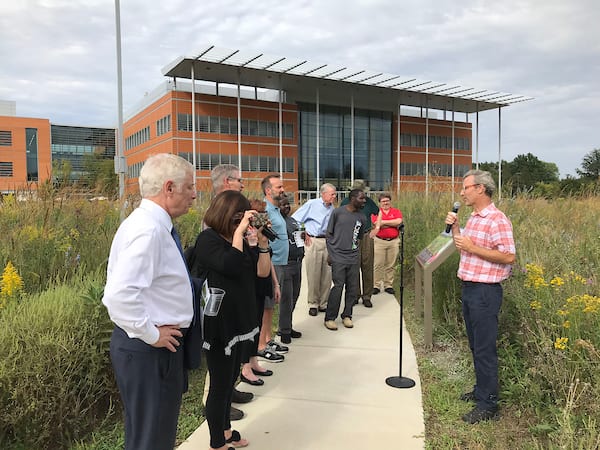 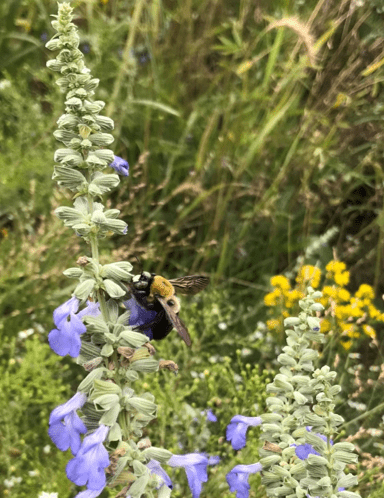