If you ask a farmer, what most contributes to having a good or bad year, they’ll say; “It depends - it could be the seed, it could be the rainfall, or it could be the temperature early in the season.” I was born in Ubon, Thailand. My family farmed rice in Laos and Thailand for generations, and they taught me that successful farming truly depends on a WIDE range of important factors, season after season. Food is a necessity for our existence and while growing up in the restaurant business after we moved to the U.S., it became clear to me that younger generations didn’t understand the source of their food supply due to a huge disconnect between producers and consumers. 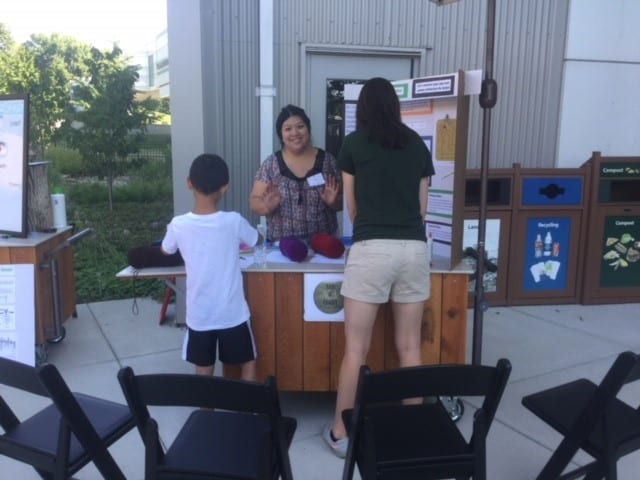 I have always been fascinated by science. In school, I competed in independent science fair projects and received awards for my research work. For my favorite science fair project, Which popcorn brand pops the best? I analyzed six different brands of popcorn, carefully studying each, characterizing the unique physiology and morphology of how each kernel popped in accordance to their heat exposure and kinetics – and won first place! I also enjoy solving complex problems so I completed my Bachelor of Science in mathematics, minor in computer science and Bachelor of Arts in management at Webster University.

While visiting rice fields on a trip to Laos and Thailand in 2012, I learned more about the struggles conventional farmers face. My curiosity peaked and I wondered what happens to a developing country and its resources in a bad growing season? How does climate change affect the plants underground, how do microbes live, nourish plants, communicate? I decided to return to school at the St. Louis Community College in 2013, completing a Certificate of Specialization for Life Science Lab Assistant in December 2014 and then the Certificate of Specialization in Biotechnology in May 2016.

At this point, I became very interested in understanding the symbiotic relationship between plants and microbes and how roots interact with the environment to enrich biomass nutrients above ground. That's when I started looking at labs at the Danforth Center that would allow me to combine my skills and education to connect the dots, and try to understand the how what, and why's of plant science.

I joined Dr. Christopher Topp’s laboratory in January 2017 and began studying the hidden half of plants. The Topp lab characterizes the genetic and environmental factors that influence plant root growth in various crops to understand the relationship between genotype and phenotype for valuable agricultural traits. I worked as a part-time lab assistant performing root imaging/processing using semi-optical CT scan, sampling of maize roots/shoots, data collection, computational analysis, and using molecular biology to conduct experiments. During my time at the Topp Lab, I also had the opportunity to participate in the Danforth Center’s 2017 November Conversation Series, competing in Big Ideas: Meeting Grand Challenges. Our team developed an idea for an analytic software using the language of mathematics to convert complex data collected from plants into simple and specific recommendations for farmers and breeders.

To improve my communication and networking skills, I joined OCA Mentoring Asian Americans Professionals (MAAP) program. I wanted to utilize the skills I developed during my time with MAAP to speak about my passions in the STEM field. The following year, I was recruited to serve on the board for OCA St. Louis chapter as Vice President of Membership.

For science outreach, I developed and designed lesson plans that focused on root biology to engage all levels of learners at the Root Demo at the GROW exhibition at the St. Louis Science Center - which was a big hit with educators from all over town!

Eager to understand how microbes interact with the complex networks underground, I joined the Blodgett laboratory at Washington University Department of Biology as a full-time Research Technician II in December 2017, learning about synthetic biology, microbiology, and biotechnology. I worked on multiple research projects for Streptomyces (bacteria responsible for the “earthy soil smell”) screening with intergeneric conjugation, genetic engineering gene clusters for specific chemical compounds of interests, and investigating novel small molecule inhibitors against Pseudogymnoascus destructans, also known as the white nose syndrome that is responsible for the killing millions of bats around the world. 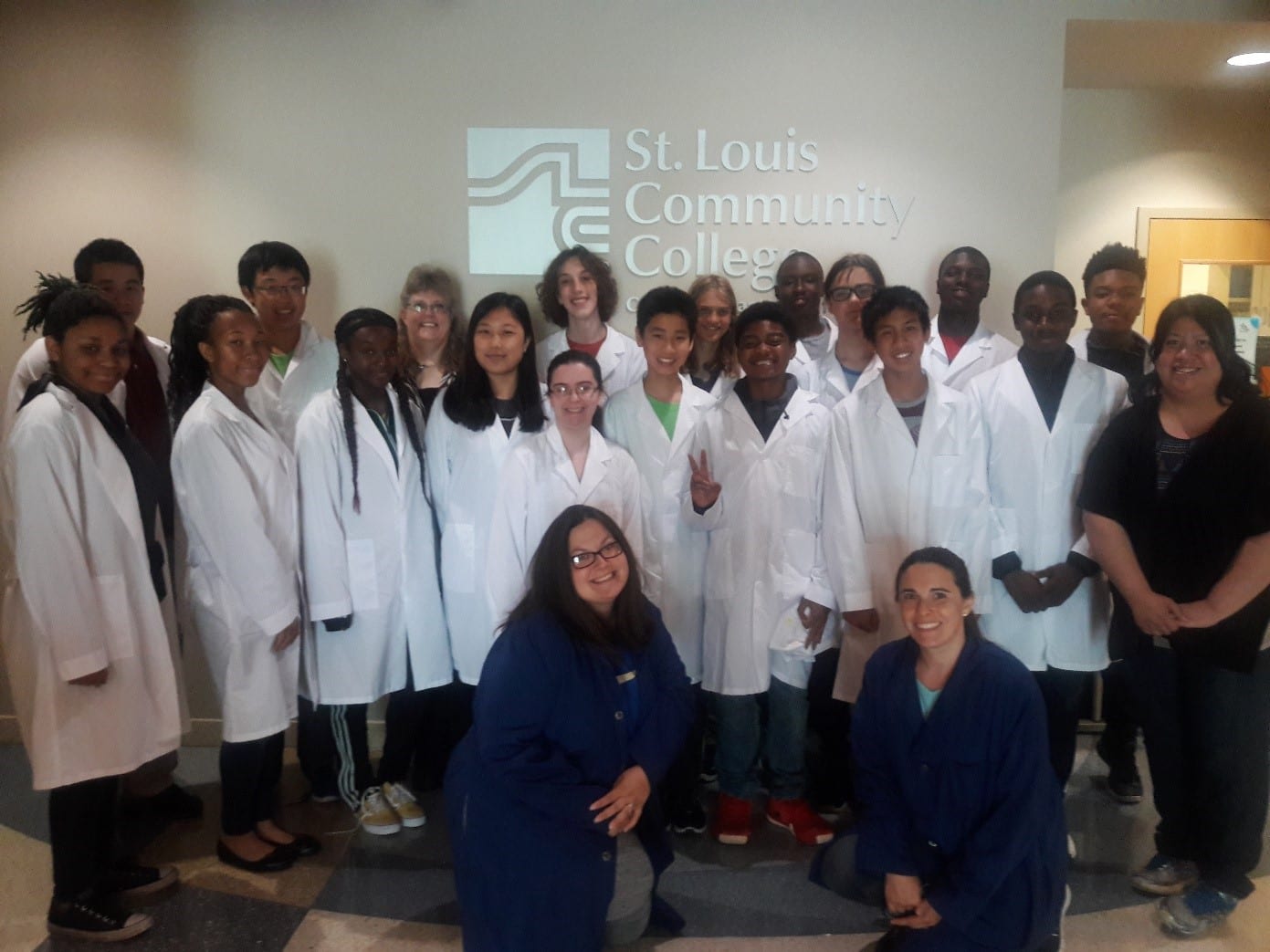 Six months later, an opportunity to combine my passion for STEM outreach, education, and research became available and in May 2018, I joined the Center for Plant & Life Science with St. Louis Community College at BRDG Park as an Outreach Education Specialist. In this role, I plan, organize, and facilitate hands-on activities and present lesson plans for summer camps, workshops, on- and off-sites visits for schools on biotechnology topics centering on plant and life sciences. The audience includes middle/high school students, teachers, professionals, and the community at large.

“I met Lee before she was even in the Biotechnology Program here!  Her passion and enthusiasm for science make her the perfect new addition to our team at the Center! In her short time with us, she has already exceeded expectations, managing to pull off high school and middle school workshops, soon to be followed by a Teachers Workshop in August! She is a wonderful addition and I cannot wait to see what she comes up with next,” said Betsy Boedeker, BioBench CRO Coordinator, St. Louis Community College at BRDG Park.

As an education outreach specialist, I am able to use my creativity and prior math education background to bring my love for research and discovery to science outreach. My teaching philosophy centers on having a growth mindset, inspired learning, and ongoing mentorship. My storytelling derives from personal and professional experiences to build a bridge to connect missing gaps of learning while fostering a bond with my students that is relatable, memorable, and meaningful. 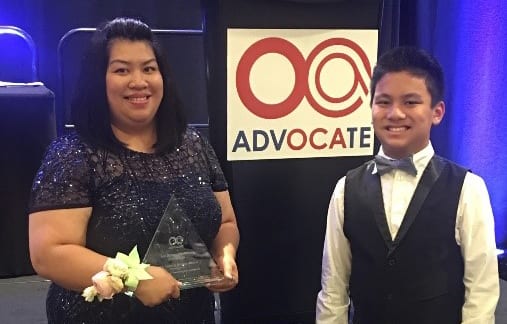 On Saturday, July 21, 2018, at the OCA National Convention in Washington, D.C., I was truly honored and humbled to be selected by OCA National as the 2018 Unsung Hero Award presented by Buick. In the spirit of volunteerism and advocacy, attendees learned about the significant and inspiring contributions each Unsung Hero has made to their communities.

I aspire to connect the dots from the microbe to the globe in my journey at 39 North and it has just begun. I will continue to further my education at Webster University this fall for my Masters of Science in Data Analytics. I hope to continually inspire students and empower generations, young and old, with knowledge and opportunities to make impactful changes in the world.